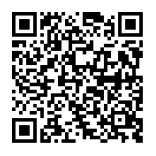 Starting from 2021, the restrictions will start to be applied on the «Golden Visa» in Portugal

On the 5th of February of this year, the Parliament of Portugal voted to limit the «Golden Visa» program. Popular among foreigners Porto and Lisbon are excluded from the list of the cities where property purchase gives the right to get a residence permit.

The idea of amending the «Golden Visa» program comes from the ruling Socialist Party of Portugal. The innovation aims to redirect the investment flow from overcrowded estate markets to less developed regions of the country. Real estate agents unanimously spoke out against it but it wasn’t taken into the account. The experts immediately stated that these changes will not affect the relevance of the Portuguese program of getting citizenship in a simplified way due to the investments into the country’s budget. Especially among Russians, who consider Portugal one of the most attractive European countries.

It’s too early to notice a decrease in the popularity of the program because the amendments will come into force only in 2021. But foreigners who plan to obtain a residence permit in Portugal will start to panic. Estate purchase transactions in Porto and Lisbon are cancelled on a massive scale. Realtors believe that the changes will strongly affect a stable estate market because foreigners unlikely will consider little known cities to start buying properties there.

Tiago Antunes, the Secretary of the Council of Ministers, officially announced that the «Golden Visa» program innovations will be applied from 2021. Everyone who is now in the process of buying a property can continue to work on the transaction. Today, a transition period is put into application. The amendments were planned long ago and were announced in advance to avoid affecting transactions in process. He also noticed that he hoped estate market would recover quickly.