All countries
Realting.com
Publications
«Finalizing the details.» Poland, Estonia, Lithuania, and Latvia are closing their borders for Russians
Share using: 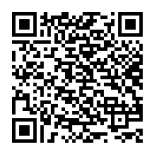 «Finalizing the details.» Poland, Estonia, Lithuania, and Latvia are closing their borders for Russians

Russians with Schengen visas will not soon be able to get to Poland, Estonia, Lithuania, and Latvia — since September 19, these countries have been closing their borders to Russian citizens. The action will last until June 30, 2023.

Latvian Minister of Foreign Affairs Edgars Rinkēvičs announced the agreement to limit entry for Russians with a Schengen visa at a joint meeting of ministers of these countries:

— This is also a question of moral and political nature, and at the moment the Baltic States have generally reached a consensus — we are finalizing the details — on the policy of restricting entry for Russians through the Russian-Latvian, Belarusian-Latvian, Lithuanian-Russian and Lithuanian-Belarusian borders, as well as the Estonian-Russian one.

However, there will still be a number of exceptions. The Baltic States will be open to those Russians who want to visit their families (if family members reside in the Baltic States), truck drivers, diplomats, holders of residence permits and humanitarian visas will also be able to enter.

It also became known that the EU is preparing to officially suspend the issuance of simplified visas to citizens of Russia. We told you about the consequences of such measures in our recent article.

Join our Facebook group
Read also
«There are all the prerequisites to attract the elites». How Montenegro plans to attract wealthy tourists
Japan opens its borders to most tourists. But there are nuances
An exit to the lake and a helipad. We found a stylish country complex in Belarus
A compromise has been found. How will Russians get Schengen visas now?
Rating of countries whose passports allow you to travel without a visa published
Montenegro has allowed the entry of tourists who have not been vaccinated against COVID again
The ranking of the cheapest tourist destinations has been published
What are the best places to visit in Spain?
Realting.com uses cookies to improve your interaction with the website. Learn more
Yes, I agree

Interested in real estate in Spain?
Choose from 22 486 properties in our catalog
Go to catalog