All countries
Realting.com
Publications
A compromise has been found. How will Russians get Schengen visas now?
Share using: 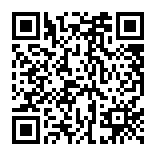 A compromise has been found. How will Russians get Schengen visas now?

The issue of obtaining visas by Russians caused controversy among the foreign ministers of the European Union. What decision did European officials come to at yesterday's meeting in Prague?

It will not completely ban the issuance of visas to Russians yet. Such actions were opposed by France, Germany, Italy, Portugal, Greece and Cyprus, while the Baltic States, Scandinavia, Poland and the Czech Republic were in favor. Nevertheless, the compromise was found — EU would stop issuing of the simplified visas to citizens of Russia. The exact date of abolition of the agreement has not yet been announced.

Where would such measures lead to?

Foremost, the timeframe for issuing visas will increase. No one can predict how long this process will take. Most likely, as stated by the Association of Tour Operators of Russia, the most typical scenario will be a single-entry Schengen, and such a phenomenon as obtaining a five-year visa is likely to sink into oblivion.

Secondly, there will be more paperwork. When applying for a visa, you will need to provide tickets, a bank statement, insurance, and proof of reservation at the place where you are going to live.

Thirdly, you have to pay more. If previously the fee for a short-term Schengen visa was €35, now this service will cost €80.

In short, Russians can still get to Europe, but it will be a more convoluted and expensive way.

Among digital nomads Americans are the most numerous, Russia and Canada are in the third place

Is Dubai getting even closer? Already from September it will be easier and cheaper to get a visa or residence permit in the UAE

«People want to have a „back-up airfield“.» Realtor on how the Egyptian real estate market has changed over the past year

In Thailand, foreign qualified specialists and investors will be able to obtain a 10-years visa

Join our Facebook group
Read also
«Register all flatmates in two weeks.» Dubai has introduced a rule that applies to all without exception
«Turkey isn’t boundless? Why have foreigners been banned from renting in Turkey and how will this affect prices
«There are all the prerequisites to attract the elites». How Montenegro plans to attract wealthy tourists
«Finalizing the details.» Poland, Estonia, Lithuania, and Latvia are closing their borders for Russians
Japan opens its borders to most tourists. But there are nuances
Are Young Couples Being Priced Out Of Arizona’s Real Estate Market?
An exit to the lake and a helipad. We found a stylish country complex in Belarus
Russians will be banned from buying real estate in Lithuania? Experts believe that such a possibility exists
Realting.com uses cookies to improve your interaction with the website. Learn more
Yes, I agree

Interested in real estate in Russia?
Choose from 19 634 properties in our catalog
Go to catalog