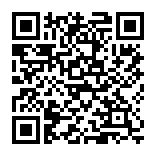 3D-printed houses will be placed in Italy’s new settlements

In Italy, the houses made with the help of cutting-edge 3D printers should become an effective way of dealing with ecological and social problems.

The Italian company WASP, which has established the manufacturing of 3D printers, has decided to print entire houses made of clay. According to the developers, printed clay buildings will allow for the construction of modern eco-settlements, which, in turn, will promptly help to deal with the dire lack of housing. You can find out more about this marvellous project on 3Dprint.com. The manufacturing company WASP has accomplished the creation of round printed houses, which entirely consist of clay. The houses are equipped with double domes, their design is somewhat reminiscent of clay houses which insects make. The developers took advantage of the environment making the houses solely from the recycling materials. The project has found support and has already been implemented in the north of Italy, in the Massa Lombarda region.

These houses were named TECLA — in honour of some imaginary city from the future, which undergoes evolution, described in the novel Invisible Cities (1971) by the Italian writer Italo Calvino. Such houses fit perfectly into the closed-loop economy. They allow us to create a new environment with minimal needs for energy and human resources, placing a stake on the environmental friendliness of the project. The developers believe TECLA project has the potential to become a basis for autonomous eco-cities, which will exist outside of the present developments. The flexible construction of buildings (compared to traditional models) ensures the resistance of printed clay houses to various climatic conditions and give it high energy efficiency.

Italy is not the first country to construct 3D printed houses. Such technologies became widespread a few years ago. Their main advantage is a wide variety of building shapes and the fast speed of construction. The United Arab Emirates has become a pioneer in the promotion of this modern technology. In the capital of the state, a quarter of the buildings will have been built by means of 3D printing method by 2025. European countries such as Switzerland, Germany, the Netherlands and the Czech Republic are not lagging behind.

Join our Facebook group
Read also
We slow down to improve quality of life. How «Happy City» is being built in Kaliningrad
Hiring an architect or a designer: what is the difference between these specialists and what services do they provide during the construction of property?
Elon Musk has rented a modest, one-room-size prefab house, estimated at just $50,000
Top 5 Architectural Trends 2021
The skyscraper of the future to be built in Dubai
The most eco-friendly city in the world with no cars is to be built
Prefabricated houses with Aliexpress: pros and cons and popularity forecasts
A country of mountains, music and castles. The most important facts about Austria
Realting uses cookies on Realting.com to analyse usage of the website and to enable content sharing on social media. Cookies may be placed by third parties. By closing this message and continuing to use the site you consent to Learn more
Yes, I agree

Interested in real estate in Italy?
Choose 3 044 properties in our catalog
Go to catalog