All countries
Realting.com
Publications
A tiny Spanish town offers free accommodation and the opportunity to manage a business for those who want to move
Share using: 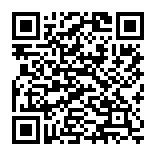 The administration of the Spanish city of Tabanera de Cerrato, whose population is only 142 people, made an unusual announcement, reports Noticia.ru. It says that any family with children who agrees to move here for permanent residence will receive a new mansion with a total area of 85 m². New residents are also offered to manage a grocery store located on the first floor of the house.

The house that the new owners will receive is a restored mansion. Its second floor is allocated for a residential area. The first floor is intended for a grocery store, which should become an important part of the infrastructure for the local population.

The city’s administration promises to help the newcomers with doing business. At the same time, the family must be able to run a business, striving for change and being able to adapt to a new life in Castile. Another important requirement is the children. According to the mayor, a sufficient number of children will allow the city of Tabanera to qualify for the opening of a local school.

After the authorities of the Spanish town announced their unusual proposal, the phone of the mayor’s office almost broke off from calls. There were more than five hundred people who wanted to move to Tabanera for permanent residence. Besides the Spaniards, there were many phone calls from foreign citizens. Among those who have expressed their desire to become residents of a tiny Spanish settlement were the Dutch, the French, Germans, as well as Argentineans and Uruguayans.

Join our Facebook group
Read also
Argentina and Montenegro lend a helping hand with residence permits for IT relocators
Utility services can cost even €250 per month.«A realtor about life in Bulgaria now: popular cities, prices for housing and food, conditions for obtaining a residence permit
A villa in Italy at €1,650,000 for Nastya Ivleeva: bright sofas and provocative inscriptions
«There is no bullying.» A personal step-by-step experience of how to send your child to a kindergarten, school or university in Poland
How to relocate your business to Lithuania while avoiding «expensive» mistakes? Step-by-step instructions from a Capital Commercial expert and the personal experience of an IT company
«Georgians move in with relatives, and their apartments are rented to immigrants from Russia and Belarus.» We have learned what is happening in the Georgian real estate market
How to move to Georgia right now and what you can do there
Housing and assistance for people from the conflict zone. We have collected all initiatives in Poland, Slovakia, Moldova and other countries (useful links)
Realting uses cookies on Realting.com to analyse usage of the website and to enable content sharing on social media. Cookies may be placed by third parties. By closing this message and continuing to use the site you consent to Learn more
Yes, I agree