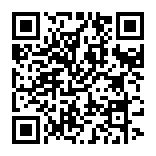 Spain will introduce a new property tax for wealthy citizens. It will affect 23 thousand people, or 0.1% of taxpayers.

What’s the deal? Spain’s coalition government has decided to levy a temporary wealth tax in 2023 and 2024. This law will affect those whose assets exceed €3 million.

Why is this necessary? To support the country’s budget because of rising inflation (last month the annual rate rose to 10.5%) and rising energy prices. And also as solidarity with people with lower incomes — the government promises that they will be helped with the money received from this tax. Note that the average annual salary in Spain is €21,000.

What else? The Spanish government also plans to increase the rate of income tax. For those who earn over €200 thousand, it will rise from 26 to 27 percent, for income over €300 thousand — the rate will be 28%. For those whose annual salary is less than € 21,000, the income tax will be reduced.

Want to buy an apartment in Spain? Visit the section «Real estate in Spain» and choose from thousands of options, the one that is right for you.

Time to buy a house in Croatia? Experts on prices and trends in the Croatian real estate market

Paris’ authorities will double the property tax. Learned the details

From January 1, 2023, tourists in Turkey will have to pay lodging tax. What is the essence of the new law?

In Poland, you can buy an apartment on credit without an initial deposit. A new governmental program starts on May 27

Thailand is to impose taxes on foreigners

In Spain, non-residents are denied discounts when paying tax on income from renting out their housing
Realting.com uses cookies to improve your interaction with the website. Learn more
Yes, I agree