That much refinement per square meter is something to behold. Castle-manor, castle-boutique and vintage mansion in a review by Realting.com 2022

All countries
Realting.com
Publications
That much refinement per square meter is something to behold. Castle-manor, castle-boutique and vintage mansion in a review by Realting.com
Share using: 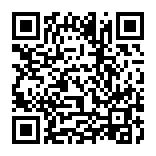 That much refinement per square meter is something to behold. Castle-manor, castle-boutique and vintage mansion in a review by Realting.com

Today we will delve into a world of incredible architecture and fantastic nature. In this review, we will discover the unique history of three very different castles, and at the same time learn what lands Hans Christian Andersen was inspired by, and where the cave that is called the «Sistine Chapel of Prehistoric Art» is located.

The first in our selection is an age-old castle, built back in the 16th century. It is located in the warmest and sunniest part of Germany — in the town of Fichtenau, in the federal state of Baden-Württemberg. Its capital, Stuttgart, is home to the headquarters of auto giants Mercedes-Benz and Porsche; the region is also known as a birthplace to Albert Einstein and is famous for its culinary prowess — there are about 80 restaurants that have been awarded Michelin stars.

The castle is located on the way of the most famous tourist route named «The Romantic Road». It is 400 kilometers of fun: such a journey allows you to see Neuschwanstein Castle, many ancient monasteries, vineyards, and even enjoy views of the Alpine peaks. Also, 8 km from our castle is Dinkelsbühl, a town with medieval charm, where the popular «Kinderzeche» festival is held annually in July. For a full immersion in the Middle Ages, locals wear fifteenth-century costumes on these days.

The castle building includes three wings built in the 16th century, stairwells dating back to the 17th and 18th centuries, and 4 corner towers that were added in the 19th century. And the total area of the castle is 700 «squares». In addition to the castle, there is a 200 square meter stable and a 1 hectare park planted with oaks, sequoias, and fruit trees.

The castle, as can be seen in the photo, needs additional repairs — as of today, 2 floors have been fully restored. At the moment, this castle is sold and leased for long-term commercial projects.

An 11-bedroom castle-manor in Portugal

This elegant mansion with huge grounds appeared in the 19th century in the historic center of Sintra. Sintra is known as a city of fairy-tale castles, narrow streets and mysticism, and as a place where Hans Christian Andersen was inspired. By the way, the whole Sintra and its surroundings are on the list of UNESCO cultural heritage.

The history of this castle is quite interesting and ornate: the mansion has constantly passed from one aristocratic family to another. At the beginning of the 20th century a part of the estate went to the patriarchate of Lisbon, and until 1987 the mansion was owned by an English family. Then it was bought by the current owner, who organized the complete restoration of the house.

Despite the modernization work on the house, the original design and overall concept have been preserved. You can see this by taking a good look at the photographs. For example, we are reminded of a bygone era by the lovingly restored frescos and the restored beautiful gardens. The Manor House has 11 bedrooms and 9 bathrooms — the perfect place for lovers of space with elements of chic. The mansion has a total area of 516 sqm and the garden is 2,283 sqm. The garage is also big enough for 8 cars.

Cascais is just a few minutes drive away from the château, a trendy Portuguese resort with endless beaches where the Portuguese royalty loved to spend their holidays. If you are a gambling addict, Estoril and its world-famous casino are just a short drive away.

These two cities, Cascais and Estoril, are also favorite destinations for golf enthusiasts. The golf courses there are famous as some of the best in the world. The Portuguese capital, Lisbon, can be reached in just half an hour from the castle.

By the way, investing in such a castle, or in a similar property, you can get a residence permit in the EU under the program «Golden Visa», and later, to claim Portuguese citizenship.

The history of this castle begins in the 18th century and continues to this day. Looking at the photos, you can’t call this place any other than royal château. Not to mention the surrounding greenery, which literally hypnotizes with its beauty.

The castle is located in the countryside of Cantabria, one of the autonomous regions in northern Spain. Cantabria is countless golden beaches, dense forests and glacial lakes — just what you need if you want to reload and recharge. There is also plenty of mountainous terrain, which promotes hiking and climbing, and in winter — skiing and snowboarding. Also in the region you can look at the ancient rock paintings in the caves, of which there are no less than 6,500. One of the caves, Altamira, and even called «Sistine Chapel of Prehistoric Art». The advertisement for the castle is quite laconic. From it, we can learn that the residence has been restored and decorated with quality materials, including antiques from different centuries. The castle boasts a fairly large grounds, where you can have a cozy lunch, swim in the pool and sunbathe on sun beds or sofas. Apparently, the castle can be easily used as a hotel.

Join our Facebook group
Read also
«It's a very gambling game right now.» How to become a digital landowner and make money on it
In Thailand, foreign qualified specialists and investors will be able to obtain a 10-years visa
Incredible project and fascinating history — a unique weekend home for sale in Latvia
Modest accommodation with 6 bedrooms. A very special apartment sells in Israel
The beach is only 7 minutes’ walk away. In Spain the €55,000 flat is for sale
Portugal is short of labor. How is the country going to attract foreigners?
Albania’s residence permit for investment: unexpected business opportunities and excellent prospects for life. What does the country offer?
In Bulgaria, city residents are rushing to the rural area and buying countryside houses
Realting uses cookies on Realting.com to analyse usage of the website and to enable content sharing on social media. Cookies may be placed by third parties. By closing this message and continuing to use the site you consent to Learn more
Yes, I agree

Interested in real estate in Spain?
Choose from 26 266 properties in our catalog
Go to catalog