All countries
Realting.com
Publications
Why German citizens have begun to rent housing more often than they buy
Share using: 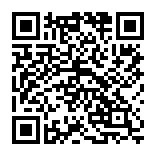 An interesting situation has developed in Germany: more than half of the citizens of this country have begun to live in rented housing. According to the predictions of the Trading Economics portal, this emerging trend will continue in the near future. Experts from the Tranio international property search service cite several factors explaining why Germans are more likely to rent apartments than to buy them.

Renting square meters is more profitable than buying them

In today’s Germany, the cost of rental housing is lower compared to the prices of sold properties. This is also confirmed by the price-to-rent index: it will take about 28-30 years in Berlin, 24-29 years in Hamburg, and 37-39 years in Munich to recoup a purchased apartment through rent. The payback period for housing increases mortgage interest rates.

Germany has frozen the cost of rent

According to Wohnungsboerse, the average price per sq. metes leased in Berlin in 2019 was 11.63-14.98%. According to Lukas Siebenkotten, head of the German tenants association, the established rates may rise in the near future. Therefore, the German authorities passed a law to freeze the prices of rental fees for a period of 5 years in 2020. With a long-term contract in hand, a tenant has no fewer rights to housing than its owner. Here are the key points to indicate this:

This favorable situation developed for tenants in Germany developed over the second half of the 20th century. The country’s authorities actively supported programs for the construction of new houses which were accessible to the population both in terms of equipment and rent. This made it possible to provide housing for the impoverished sectors of society.

The new housing policy led to an interesting trend: a large number of old houses have arisen in the centers of megacities. They are currently listed in the land register as one housing unit. Therefore, it is not allowed to purchase individual apartments in such buildings. It is only allowed to buy the whole property in its entirety or in part.

Germans who invest in real estate prefer to own the entire house. Therefore, they often buy up such old objects in the center. According to investors, it is much more profitable to buy a rental building consisting of 10 apartments than 10 separate apartments that are part of a building with other owners.

Residents of Germany are very mobile: according to statistics, 9 million citizens of this country change their place of residence every year. Most Germans have no attachment to the city in which they have housing. If there is a chance to get an interesting job in another region, they willingly move to a new place. This led to the fact that many Germans have begun to rent out their real estate, and they themselves rent housing in other cities or regions.

Join our Facebook group
Read also
A residential complex in a historical building? Portugal is preparing an interesting project
The crisis has reached a critical point. How is China going to save the real estate market?
«Going into investments is not enough — you have to realize how you can get out of them.» What is crowdinvesting, and how is it changing the real estate market?
Housing prices in Portugal are off the charts. What is the reason for this and how to fix it?
Mortgage in Poland, Germany and Spain. All details on how a foreigner can buy a housing by credit
Minimalism in its purest form. A stylish penthouse for sale in Germany for €950,000
Two apartments in the resort and a house in the village: we found budget housing options in Bulgaria
Realting.com uses cookies to improve your interaction with the website. Learn more
Yes, I agree

Interested in real estate in Germany?
Choose from 257 properties in our catalog
Go to catalog