«Some think that pheromone-loaded perfume helped our meeting.» A romantic story about how a Ukrainian woman moved to Poland at the age of 50 2021

All countries
Realting.com
Publications
«Some think that pheromone-loaded perfume helped our meeting.» A romantic story about how a Ukrainian woman moved to Poland at the age of 50
Share using: 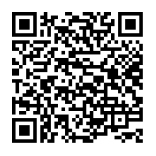 «Some think that pheromone-loaded perfume helped our meeting.» A romantic story about how a Ukrainian woman moved to Poland at the age of 50

Moving to another country for permanent residence is always stressful and presents many difficulties. However, there are people who seem to find it easier than everyone else. Talina is one of them: she moved to Poland for permanent residence about 2 years ago. She only took a suitcase with dresses with her, but now she lives in a rented apartment with her partner and they’re planning their wedding. Talina told Realting.com how it is to move to another country at 50.

«He waved his hand at me, and I smiled in a purely Ukrainian way and... I kept on walking»

The story of Talina’s move from Ukraine to Poland reminded us of a romantic film where the protagonists, after overcoming some difficulties, find their love true and live happily ever after. It seems that this is no longer possible in the modern world, and therefore it is especially surprising to get to know such a person. So, get acquainted — this is Talina, and she has been living in Poland with her beloved for more than a year.

— I now live in the big and beautiful city of Wroclaw, but the story of my move began a long time ago. For many years I lived in Ukraine, in the small town of Mironovka, which is located just 100 kilometers from Kyiv. For over 16 years I worked in a wholesale warehouse (for 10 out of them, as a director), and I really loved my job and felt like a fish in the water there.

Among my colleagues, I had several girlfriends, and, of course, we were interested in cosmetics and perfumes. The most difficult thing was to find a pleasant and, most importantly, persistent perfume. And then one day a girl came into our office who was a distributor of various perfumes. I liked a couple of fragrances, and she invited us all to register with them in order to buy branded products at a discount. I agreed with pleasure. However, we had to buy the «„Starter Package“» right away: a catalog and perfume samples. This is how it all started for me. By this time, Talina had been alone for several years, but, according to her, she was absolutely not upset about this. She lived with her daughter and grandson in her own house near Kyiv and believed that finding her soul mate at 48 was almost impossible.

— When I started doing perfume business, I got the opportunity to travel more. We traveled to different cities in Ukraine, and therefore, when I was offered to go to Wroclaw, I, of course, agreed. That was about three years ago.

In one of the shops in Wroclaw, I met a man’s gaze, he waved his hand at me, and I smiled at him in a purely Ukrainian way and... I kept on walking. I did not attach any special importance to this occurrence. When my friend and I sat down to have a snack, this man came up to us to get acquainted. It turned out that his name was Grzegorz and he was a Pole. We had a great conversation, and I went to the hotel where I lived with my colleagues.

By the way, my girls believe that the perfume with pheromones I was wearing helped our meeting. Maybe so, but I still believe in the fatefulness of this moment. In 2018, Talina was in Wroclaw for only a few days. And when she left for Ukraine, the story of her correspondence with Grzegorz began. First it was emails, then phone calls.

— When I was in Poland for the first time and Grzegorz and I went for a walk together, I had the feeling that he and Poland were already dear to my heart. The landscapes of Poland and Ukraine are similar to each other — maybe that’s why I didn’t perceive this city as foreign. At the same time, I had never thought about moving to Poland before, had no feelings for the Polish people, I was not interested in their language. And then I walked around Wroclaw, and I saw that it felt like my own town.

After 2 months of talking with Grzegorz, I realized that I had fallen in love. Then he flew to me in Ukraine, and I finally understood that I loved that man.

For the next two years, the lovers lived in two separate cities, visiting each other every 2-3 months. Serious talks about a joint future did not arise at that time. However, the coronavirus pandemic accelerated the process — it had become impossible to fly freely from one country to another.

— We were supposed to meet in March 2020 the next time, but all borders were closed. At first I didn’t know what to do, and then I remembered the story of the famous psychologist Satya Das: he had to go, I think, to Italy, but he had no acquaintances there. Then he wrote a post on Facebook asking for help, and there were people who helped him do everything. I did the same: I published it on Facebook in the Wroclaw group, in which I asked people to help.

I wrote everything as it was: both about my separation from a loved one, and about the fact that we could not meet and I didn’t not know what to do next. What is amazing is that a lot of people responded: someone explained what papers were needed to cross the border, another person described where you can spend quarantine, a third user told me where and how to buy tickets. In general, the support was tremendous! And on June 28, 2020, our meeting with Grzegorz took place — I came to Wroclaw for 3 weeks. The first three months we lived in a hostel, and now we rent a one-room place with a land plot

At the end of these 3 weeks, Grzegorz offered Talina to move in with him to Poland, and she agreed. As in the best romantic films, Talina had only a few dresses and a couple of T-shirts with her then. A Belarusian girl she knew from the Evangelist Church helped her in that regard.

— Grzegorz and I started everything from scratch. Therefore, at first we lived together in a hostel. We talked a lot, and I learned that Grzegorz worked as a civil engineer, he used to have a business, but he was conned several times, and he was eventually forced to sell the business, the house, and the cars. At the same time, his wife left him. They had two adult sons, born in 1982 and 1983.

After a few months at the hostel, we moved to rental housing. At first it was an ordinary apartment, but now it is a one-room apartment on the ground floor with a small plot of our own — we can go out and take a walk with our dog or just have a coffee in the open air. Renting such an apartment costs 350 euros per month, plus utility bills (payment for electricity and water). We are not yet thinking about buying real estate in Poland, and there is no need for that either. Rental housing is much more convenient in terms of mobility.

After the move, Talina faced the biggest difficulties with her paperwork. In order to legalize her life in Poland, she went to a free public school.

— These schools teach new professions so that any newcomer can get a job. The first year I completed the medical courses of guardianship, and now I also began to study to be a cosmetologist. Studying at this school makes it possible to legalize your status in the country — to apply for a residence card. Until I receive this document, I cannot go to visit my home in Ukraine — I really miss my daughter and grandson, whom I have not seen since last year.

Now Grzegorz and I have applied for a marriage license. But there are difficulties here: a Pole cannot just marry a foreigner — both need to pass a special exam to confirm that the marriage is not fictitious. We are now waiting for this exam. According to Talina, living in Poland is much easier than in Ukraine. Despite the fact that some goods are cheaper in her home country, it is much more difficult to find a job with a decent salary there. But for Talina it’s not so much about the money as about the people and their attitude towards life.

— In Poland, people are completely different — they are freer and simpler. I have never encountered any kind of bias or negativity towards me. I still have a house in Ukraine, I left work right before I was supposed to retire, but there’s no doubt in my mind that I did the right thing. I understand that you need to live here and now. I am a believer and I know for sure nothing terrible will happen to me. This does not mean that I do not think about my future at all. For example, while still in Ukraine, I took out pension insurance, which I still pay. Under this program, money is accumulated, and I will be able to receive something like a pension (regardless of where I live).

At the same time, my older brother, who lives in Russia, still does not believe that Grzegorz and I love each other, everyone asks: «„What kind of love can there be at 50 years old?“» And I know for sure that this is love and this feeling just lives in the soul. The main thing is to believe — and then everything in life is possible.

Join our Facebook group
Read also
Do you want to buy a cheap apartment in Switzerland? Everything is possible, but in 20 years
«Poles are in no hurry to buy apartments, whereas Belarusians and Ukrainians are being interested.» What's new on the real estate market in Poland?
«The era of budget housing will be over by 2025.» The expert on the situation in Batumi real estate market
«You will never want to leave this place.» The wonderful story of a family from Cherepovets who moved to Turkey
Realting uses cookies on Realting.com to analyse usage of the website and to enable content sharing on social media. Cookies may be placed by third parties. By closing this message and continuing to use the site you consent to Learn more
Yes, I agree

Interested in real estate in Poland?
Choose from 1 647 properties in our catalog
Go to catalog