All countries
Realting.com
Publications
The number of expatriate workers in the Czech Republic has tripled over the last 10 years
Share using: 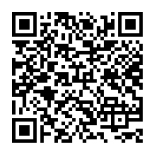 The Czech Statistical Office (CZSO) has published research data, according to which almost 15% of those employed in the local labour market are foreigners. The portal Expats.cz. informs that between 2010 and 2019 the total number of expats in the country has tripled.

According to Dalibor Holi, CZSO representative, the number of foreign workers in the Czech Republic has increased by 407,000, while the number of employed Czechs has decreased by 63,000. The expert believes that such statistics is caused by the aging of the Czech society: there are more and more elderly people, and fewer economically active age groups. Yet Holi has highlighted that the level of employment in the country is not able to grow without the expats.

Statistics of the last decade

In 2010, the Czech labour market employed about 215,400 foreign specialists, which did not exceed 5.5% of the total number of workers in the country. At the end of 2019, their share accounted for 14.7%. That means 621,900 out of 4.23 million officially employed persons in the Czech Republic are migrant workers.

Where do foreign specialists work?

Before the onset of the pandemic, 17% of foreigners worked in agriculture and forest industry. In 2010, the share of labour migrants in these areas did not exceed 4%.

In 2019, about 25% of those employed in accommodation, restaurant and catering services were migrants. Whereas in 2010 statistics showed only 6%. In the construction sector, the number of foreigners has doubled over the past decade — from 14 to 28%.

In auxiliary and administrative industries, 54% of foreigners were employed in 2019, while 10 years ago only every tenth worker was a foreigner.

In the manufacturing industry, the share of migrant workers increased from 6% to 16% over the same period.

Join our Facebook group
Read also
European Commission plans to simplify the granting of residence and work permits to qualified workers from third world countries
In Finland highly qualified specialists and entrepreneurs will be able to obtain a residence permit in a shorter period of time
Argentina and Montenegro lend a helping hand with residence permits for IT relocators
Utility services can cost even €250 per month.«A realtor about life in Bulgaria now: popular cities, prices for housing and food, conditions for obtaining a residence permit
Will American business move to Lithuania? The Lithuanian Minister of Finance offers new options for strengthening economic ties
A villa in Italy at €1,650,000 for Nastya Ivleeva: bright sofas and provocative inscriptions
«There is no bullying.» A personal step-by-step experience of how to send your child to a kindergarten, school or university in Poland
Realting uses cookies on Realting.com to analyse usage of the website and to enable content sharing on social media. Cookies may be placed by third parties. By closing this message and continuing to use the site you consent to Learn more
Yes, I agree

Interested in real estate in Czech Republic?
Choose 1 161 property in our catalog
Go to catalog