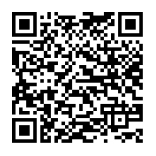 In Turkey, it is proposed to forbid foreigners to buy real estate. Why and when?

The cost of housing in Turkey over the past year has at least doubled, and the number of homes sold to foreigners is breaking all records. At the same time, the local population is less and less likely to buy housing, and the authorities are imposing various restrictions to somehow stabilize the situation. That is why Kemal Kılıçdaroğlu, Chairman of the Popular-Republican Party (PRP), proposed a complete ban on the sale of real estate to foreigners until prices stabilize.

Kemal Kılıçdaroğlu, chairman of the People’s Republican Party (PRP), who said he is the presidential candidate of the Six Tables in the 2023 elections, has added one more promise to his campaign. Kemal Kılıçdaroğlu, who blames the government for too high real estate market prices in Turkey in recent years, said that if he comes to power, he will ban the sale of houses to foreigners for 5 years.

Kılıçdaroğlu, the leader of the PNP, also clarified on his social media account that the ban will not be removed until there is a price balance in the market: «Our people dream of owning a house. Rents are getting higher and higher. Our citizens are being bullied in their home country. In six months we will ban the sale of residences to foreigners for five years. The ban will not be withdrawn until there is a price balance. The priority is our people»

For reference: According to the Turkish Institute of Statistics (TÜİK), the sale of housing to foreigners increased by 15.2% in 2022 compared to the previous year. The number of properties sold to foreigners is 67,490, which is 4.5% of all housing sales. Istanbul was the most popular city in this ranking with 24,953 sales in 2022. Antalya was second with 21,860 sales. Antalya was followed by Mersin with 4,316 sales.

The average cost of a square meter in the country has doubled and reached $700.

Thousands of properties may be seized by the government in the Czech Republic. What are the reasons?

A major reform of immigration rules. It will become easier to get permanent residence in Germany

Income of about €500 per month. A selection of inexpensive apartments in Warsaw, which can be immediately rented out
Realting.com uses cookies to improve your interaction with the website. Learn more
Yes, I agree

Interested in real estate in Turkey?
Choose from 13 829 properties in our catalog
Go to catalog