All countries
Realting.com
Publications
«Turkey isn’t boundless? Why have foreigners been banned from renting in Turkey and how will this affect prices
Share using: 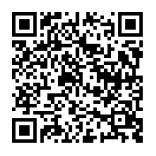 «Turkey isn’t boundless? Why have foreigners been banned from renting in Turkey and how will this affect prices

About six months ago we wrote about the state of the Turkish property market, and back then we were talking about a steady rise in prices for both new buildings and secondary housing. Has the situation changed now? An expert in the Turkish real estate market, the founder and co-owner of the largest group of Russian-speaking people in Turkey, «Russians in Antalya RA», Alexey Valentinovich believes that today Turkey has become even more attractive for investors from all over the world. However, there are innovations that seriously limit the inflow of foreign capital into the country. What has happened and how it will affect prices is in our story. — Alexey Valentinovich, tell us about the current situation on the real estate market on the southern Mediterranean coast (which includes most of the resort centres: Antalya, Alanya, Kemer and Mersin).

— The real estate market in the Antalya region is now so diverse that I wouldn’t talk about any unified state of the market. Since March this year, a lot of people came to Turkey (including people from Russia and Ukraine) and they have changed the situation on the property market significantly. Whereas initially no one was going to stay here for long, and therefore everyone was looking for flats to rent, now people realise that they might stay here for a long time, and they are starting to look for possibilities to buy a house. This has significantly changed the quality of demand itself.

Although there are still local buyers from the northern regions of Turkey (Ankara and Istanbul), foreigners — mainly Russians and Ukrainians — are making up an increasing percentage of the demand. You simply cannot imagine how many Russian-speaking people now live in Antalya — it is literally hard to see Turks in the street.

Such an influx of foreigners, of course, causes discontent among the local population. Many factors come into play here — here is the difference in cultures, the rise in prices for literally everything, and the inability for the average local to buy and rent a house.

As a result, the government decided to support the local population, and issued a law closing the most popular regions of Turkey to foreigners. This was totally unexpected. The essence of this law is that from July 1, 2022, a foreigner who acquires property in the closed regions (and these are the most popular seaside areas), cannot register and live in their property. This means that a foreigner cannot get a primary residence permit and legally stay in the country. The same applies to rental properties: a foreigner cannot obtain a primary residence permit in closed rental areas.

At the same time, this innovation does not apply to those foreigners who already have a residence permit in these areas. At the same time, the head of the Turkish Foreign Ministry Suleyman Soylu recently announced that, according to government plans, from July 1, 2023 the proportion of foreigners in each area of the country should not exceed 20% (previously the threshold was 25%).

There are quite a lot of closed regions — 1,169 in total — and these are, once again, the most popular districts and cities: in Alanya, these are Mahmutlar, Kargycak, Kestel and Avsallar.

— Why do you think the government’s decision was made in this way?

— I think the whole problem started with a very rapid increase in the cost of renting. The rental market, by the way, is still literally «burning» — because of the influx of people it is now virtually impossible to find a flat by the sea for long term rent. And those options that are available, cost unbelievable money. In the Antalya region the demand for rent significantly exceeds the supply, and the cost of rent has increased by 2-3 times compared to last year.

As a consequence, locals simply cannot rent accommodation in Antalya — at an average wage in the region of $500-700 it is simply unrealistic to pay rent of $1000 a month. And that’s even without paying for utilities. As a result, Turks are forced to leave Antalya for remote villages, where it is still possible to rent a flat for $300, and of course they are not happy about it. No surprise that the local authorities were flooded with endless complaints and the courts were literally overwhelmed with lawsuits. And the government has decided before the elections (which will be held in June 2023) not to anger people, and rolled out this law to restrict the issuance of residence permits to foreigners.

But it turned out that the «sword was struck» not only on the lease, but also on the sale of real estate. And we got a very interesting situation: new buildings are rising in price, and the «secondary» in the closed areas even got a little cheaper. At the same time in the open areas the cost of secondary housing is also increasing — people are forced to buy flats there, even though they are not very liquid.

The interesting thing is that this law has not been announced anywhere, which means that many property buyers are in a hopeless situation. I know a lot of people who bought a flat but didn’t have time to apply for a residence permit before July 1, 2022. As a result, we see a big legal conflict: a person seems to have the property, but it is impossible to live and register there. Now they either have to sell this flat and buy a new one in an open area, or rent a flat in other parts of Turkey, where they can still register. And, given the world situation, most foreign buyers in Turkey now need a residence permit.

"The main driver of demand is citizenship"

— When it comes to the price of real estate, the cost of new buildings in the Antalya region keeps rising. This is mainly due to the increasing cost of construction, a rise in prices in general and a very high inflation rate in the country. It should not be forgotten that there are fewer and fewer locations in Mediterranean cities where you can build: the sea on one side, part of the land on the other and the mountains on the third. This leads to an increase in demand, higher land prices and, as a consequence, higher prices for new buildings. At the same time, there is still infill development in new areas, where the cost per square metre is still going up..

However, I would like to stress that with all this being said, one of the main drivers of demand growth is precisely obtaining Turkish citizenship, and such requests amongst property buyers now dominate.

— Even in spite of the law we mentioned above, flats by the sea are not getting cheaper?

— Such properties should not become cheaper. Even though people cannot register there and obtain a residence permit, no one is in a hurry to lose their liquid real estate. Everyone is still hoping that this measure is temporary and that in a year or two all areas of Turkey will open again. In fact, too little time has passed to make any conclusions and predictions.

However, it is fair to say that speculators have started to appear in the market, who are willing to buy such flats in closed areas cheaply. And some buyers are forced to sell them. The bargains are expected to be heavily discounted, which means that a flat that used to cost, say, $140,000, is sold for $99,000. Such deals are rare, but they do happen.

— What other changes on the Antalya coast can you tell us about?

— If we talk about positive changes, it is worth mentioning the amazing development of infrastructure in large seaside cities. A huge number of schools, shops, kindergartens, beauty salons, etc. have opened. A huge number of different events are taking place in Antalya: musical as well as educational. Artists from all over the world come here and full concert halls are waiting for them. There are a lot of start-ups and interesting projects happening in the country, and, just in general, life is in full swing.

Do you want to buy a flat in Turkey? Visit the «Turkish real estate» section and choose from thousands of options the one that suits your needs.

Join our Facebook group
Read also
«Register all flatmates in two weeks.» Dubai has introduced a rule that applies to all without exception
«Going into investments is not enough — you have to realize how you can get out of them.» What is crowdinvesting, and how is it changing the real estate market?
Minimalism in its purest form. A stylish penthouse for sale in Germany for €950,000
Who got lucky in the green card lottery? The results are already known
«If you look at the top 100 universities in the world, about 40-50 of them are American.» How to go studying in America, and why is it needed at all?
«A small housing in the centre of Brugge. In Belgium an unordinary house on the rooftop is put on sale
Buying a cheap house and moving to Finland — isn’t it a dream? A selection of cosy houses in the forest
Realting.com uses cookies to improve your interaction with the website. Learn more
Yes, I agree

Interested in real estate in Turkey?
Choose from 8 314 properties in our catalog
Go to catalog