Realting.com Publications «We went through several crises, there was no fall in prices — so there won’t be now». The agent’s commentary on real estate in Sochi 2020
Share this property:
Facebook Vkontakte Google Plus Twitter Linkedin Copy 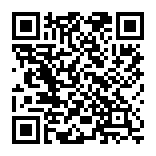 «We went through several crises, there was no fall in prices — so there won’t be now». The agent’s commentary on real estate in Sochi

«Sochi is unlike any other Russian regional city from the point of real estate»,says Anna. «During the lockdown period I reread articles, studied analytics for the past years. The data shows that during the crises of 2008 and 2014, prices in the regional market fell, while in Sochi — rose». According to the agent, the period 2008-2018 may be characterized as a wild market. Due to the increased property demand in Sochi one could observe an uncontrolled housing development. What’s the reason? Here are the main three:

1. First, a huge influx of visitors to build Olympic facilities.
2. Then, a large number of people who relocated to the developing after the Olympics city.
3. Next, a stream of tourists due to closed borders with Turkey and Egypt.

All these drivers had a favorable impact on the real estate development in Sochi as well as the demand for it. According to RBC, since 2019, over the past 5 years, Sochi has been leading in increase in real estate prices. Here they have been growing continuously since 2014 and boosted by 41%. With a slight drop in prices for new buildings in the current situation, the growth over three months comes to 6.75%. For example, an apartment was worth 4 million rubles — the investor has already earned 270 thousand rubles.

«I myself, as a real estate agent in the market since 2016», says Anna, «heard only single information from the experts: «We went through several crises, there was no fall in prices, so there won’t be now.» My answer to the question «What to buy?» is obvious: real estate in Sochi.