All countries
Realting.com
Publications
Russians will be banned from buying real estate in Lithuania? Experts believe that such a possibility exists
Share using: 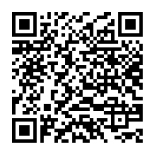 Russians will be banned from buying real estate in Lithuania? Experts believe that such a possibility exists

Over the past 5 years, Russians and Belarusians bought a significant amount of real estate in Lithuania: they own 12,000 objects (half of them — apartments). But compared to other years, 2022 seems to set a record for the number of deals.

A bit of statistics

In the first half of this year alone, Russian citizens purchased 520 properties (including 184 apartments or apartment buildings) in Lithuania. For comparison, in 2021, Russians bought more than 1,000 objects in Lithuania, in 2020 — 800, in 2019 — 646. The most popular are the country’s major cities: Vilnius, Visaginas and Klaipeda.

Experts’ opinions on this trend are divided. For example, the chairman of the National Security and Defense Committee of the Seimas (KNBO) Laurynas Kasciunas believes that some eastern neighbors buy real estate in Lithuania in an attempt to withdraw money from Russia. He also insists on a ban on the purchase of real estate by Russians: if there is no single European solution to this problem, he said, it is worth thinking about a regional decision.

The Lithuanian political scientist and lecturer Vytis Jurkonis believes that only those who cooperate with the regime should be restricted in buying real estate. He is convinced that most of the eastern neighbors buy housing in Lithuania, because the situation with human rights and doing business in these countries is not improving.

What will happen if the Russians are banned from buying real estate in Lithuania?

Mindaugas Statulevicius, president of the Lithuanian Real Estate Development Association, says that the local market will not feel the departure of the Russians, if they are forbidden to buy housing in the country. According to him, the high demand of Ukrainian and Belarusian companies to buy real estate in Lithuania will compensate and even exceed the demand from Russian citizens.

Join our Facebook group
Read also
«Register all flatmates in two weeks.» Dubai has introduced a rule that applies to all without exception
«Going into investments is not enough — you have to realize how you can get out of them.» What is crowdinvesting, and how is it changing the real estate market?
Housing prices in Portugal are off the charts. What is the reason for this and how to fix it?
Mortgage in Poland, Germany and Spain. All details on how a foreigner can buy a housing by credit
Minimalism in its purest form. A stylish penthouse for sale in Germany for €950,000
Two apartments in the resort and a house in the village: we found budget housing options in Bulgaria
«Turkey isn’t boundless? Why have foreigners been banned from renting in Turkey and how will this affect prices
«There are skins of wild animals everywhere». A very picturesque house sells in Ukraine for €807,000
Realting.com uses cookies to improve your interaction with the website. Learn more
Yes, I agree

Interested in real estate in Lithuania?
Choose from 4 001 property in our catalog
Go to catalog