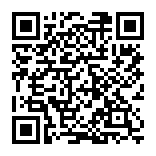 Following the research of analysts on a yearly basis, Times Higher Education, the ranking of the best universities in the world, is compiled. This year, it included over 1600 institutions from 99 countries. They were analyzed based on 13 core indicators that gave an indication of the performance of these institutions in four areas related to teaching, knowledge transfer, research and international perspectives.

Additionally, this year experts have examined over 108 million citations published in more than 14.4 million scientific papers. On top of that, about 22 thousand scientists from different countries of the world were surveyed, and their answers were taken into account as well. In total, 1662 universities were included in the ranking. An additional 452 universities provided their data for the ranking as well, but didn’t make it through the selection process.

According to the research results, the TOP-5 includes:

The first and fifth places in the list belong to British universities, the rest of the TOP-5 places have gone to American institutions. The highest position (158th) among educational institutions in the CIS was awarded to the Lomonosov University in Russia. The Ukrainian Sumy State University made the 501st position of the ranking. Minsk’s Belarusian State University got the 1200th place overall.

When compiling the list, analysts revealed a number of noteworthy facts:

Subscribe to our Telegram channel
Read also
«There is no bullying.» A personal step-by-step experience of how to send your child to a kindergarten, school or university in Poland
How to move to Georgia right now and what you can do there
Where to study abroad — TOP cities in the world for students
Canada will issue new open work permits to foreign workers and graduate students
US citizenship after graduation: World Property Invest expert about the EB-5 program
Education in Poland for Russians, Ukrainians and Belarusians: a review of schools for immigrants
International students in Belgium will have the opportunity to find a job within a year
International students studying online in Canada will get a work permit
Realting uses cookies on Realting.com to analyse usage of the website and to enable content sharing on social media. Cookies may be placed by third parties. By closing this message and continuing to use the site you consent to Learn more
Yes, I agree