All countries
Realting.com
Publications
The cost of studying abroad – from the most expensive to free options. A useful digest with examples from Realting.com
Share using: 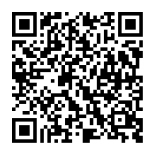 The cost of studying abroad – from the most expensive to free options. A useful digest with examples from Realting.com

Everyone has probably thought about studying abroad at least once. But then the question immediately arises: how much does it even cost? Our detailed digest with examples and numbers will give you a comprehensive answer to this question.

The advantages of education abroad are obvious: it is the acquisition of international experience, personal growth, and in general, much more opportunities. But most people are stopped by the idea of the cost of such education, because usually we associate a foreign diploma with the words «too expensive». Undoubtedly, there are countries where education is not for everyone, but along with them there are those states where foreign students can get higher education for quite affordable amounts, or even free.

To make it easier for you to choose the right option, we created this guide. It consists of 3 key parts: expensive, budgetary, and free education. Each block lists 5 countries with tuition fees and examples of universities where you can enroll. It’s also important to point out that when we wrote this, we assumed that you want to get a bachelor’s degree, which typically takes 3-4 years to complete. The cost of education in England is unlikely to please anyone, especially foreigners, as the country is known as one of the most expensive study abroad destination. For comparison: local students for a year of study pay $11,150, foreign students — from $33,500 (the amount depends greatly on the course you pick).

A year of study in the UK. The cost by examples:

There are more than 4,500 universities in the U.S., many of which are ranked year after year in the QS World University Rankings. Tuition costs will depend on the type of qualifications and the institution picked. University fees for international students here range from about $25,000 to $55,000 per year. Studies show that the cost of obtaining a higher education at U.S. public universities (adjusted for inflation) has tripled between 1989 and 2019.

A year of study in the United States. The cost by examples:

A year of study in Australia. The cost by examples:

University of New England — in the range of $30 thousand.

Tuition fees in the Netherlands vary depending on where you are coming from: for students from the European Union, tuition will cost around $1800-4000 per year, while for other international students it will be around $6000-20,000.

A year of study in the Netherlands. The cost by examples:

Studying in Sweden is free for EU citizens and those with a permanent residence permit. Other students will have to pay between $9,000 and $18,000. Also, when applying to the local university, you need to consider this nuance: in addition, you need to pay about $87 for the application. This amount you need when you come to the admissions office, which deals with the processing of the application.

A year of study in Sweden. The cost by examples: Tuition fees in Hungary are considered quite affordable, especially relative to other Western European countries. The cost of most programs starts at $5,000, except for medical training, where the figures are much higher — from $12,000 to $16,000.

A year of study in Hungary. The cost by examples:

There are 83 universities in France, the cost of education in which depends on the program you choose. For European students (including citizens of the EU, the European Economic Area, Andorra or Switzerland) education in France may be said to be free — only $170 per year. The fact is that most of the entire cost is paid by the government. For students from countries outside the EU, the amount will be many times higher.

A year of study in France. The cost by examples:

A year of study in Italy. The cost by examples:

Portugal is home to 50 universities where tuition is quite inexpensive — the average cost of higher education is usually close to $1,500 for each academic year. However, you should also consider that there will be other costs in the process: you will need to pay for the application process, student visa, etc.

A year of study in Portugal. The cost by examples:

In Poland, the tuition fees for state and non-state universities are set by the university itself, but the amount should not be lower than the cost of the educational process. The cost of education varies from 2000 to 6000 dollars a year and depends, as elsewhere, on the educational institution and the training program.

A year of study in Poland. The cost by examples: In Czech state universities, all students can study absolutely free, but with one caveat — the programs you choose must be in the Czech language. If you want to study in English, you have to pay.

A year of study in the Czech Republic (if it is not in Czech). The cost by examples:

Germany is known for offering free education to all students, including foreigners. You only have to pay a semester fee, which is a charge for the use of various services, from the canteen to a discounted travel pass.

A year of study in Germany. The cost of the semester fee by examples:

In Austria state universities’ education is free, but you have to pay a semester fee, and it will cost more than, for example, in Germany (except for students from EU countries). The advantage is that you can enter Austrian universities right after high school, even without knowing the language.

A year of study in Austria. The cost of the semester fee by examples:

Iceland is a small country and there are only seven universities (four public and three private). Education in public universities is free, including for foreign students. The only necessary payment is the registration fee.

A year of study in Iceland. The cost of the registration fee by examples:

Iceland University of the Arts — from $5.

Most Norwegian universities are publicly funded, as the Norwegian government believes that it is very important to provide access to quality and affordable European education for all. Thus, public universities in Norway do not charge tuition fees, you only have to pay a semester fee.

A year of study in Norway. The cost of the semester fee by examples:

Essential reminder. When choosing a university to attend, be sure to consider the other monthly expenses you will need to incur in the country you choose. Consider the following items: housing and utilities, local transportation, food, entertainment, household goods, clothing, and so on.

«There is no bullying.» A personal step-by-step experience of how to send your child to a kindergarten, school, or university in Poland

«It all started with the fact that we were no longer happy living in Novosibirsk». The story of one family who moved to Germany and immediately got a permanent residence permit

Where IT specialists live well. Experts on where IT professionals relocate to and where there is a willingness to accept them

Join our Facebook group
Read also
«Register all flatmates in two weeks.» Dubai has introduced a rule that applies to all without exception
Minimalism in its purest form. A stylish penthouse for sale in Germany for €950,000
Who got lucky in the green card lottery? The results are already known
«Turkey isn’t boundless? Why have foreigners been banned from renting in Turkey and how will this affect prices
«If you look at the top 100 universities in the world, about 40-50 of them are American.» How to go studying in America, and why is it needed at all?
«A small housing in the centre of Brugge. In Belgium an unordinary house on the rooftop is put on sale
Buying a cheap house and moving to Finland — isn’t it a dream? A selection of cosy houses in the forest
Realting.com uses cookies to improve your interaction with the website. Learn more
Yes, I agree

Interested in real estate in Spain?
Choose from 22 470 properties in our catalog
Go to catalog