All countries
Realting.com
Publications
Where to study abroad — TOP cities in the world for students
Share using: 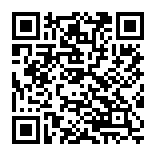 Where to study abroad — TOP cities in the world for students

The EduBirdie student platform has conducted a research project evaluating study abroad. The 36 most demanded destinations were taken into account for the study. The list of parameters influencing its final result includes factors related to the educational processes and general lifestyle. The most important ones were:

The first five places were taken by:

The 6-10th places went to Barcelona, the Argentine and Austrian capitals, Istanbul and Singapore. At the bottom of the list are Oslo, Shenzhen, and San Francisco.

The British capital took first place in the number of rated educational institutions, popularity on Twitter, Facebook, Instagram, and other social networks. In parallel, it turned out that London has the most places serving vegetarian and vegan dishes.

The most affordable cost of life was found in Istanbul ($ 420) and Bogota ($ 427). Also, these cities became leaders in the number of fast-food restaurants. The tops positions in the number of bars went to Buenos Aires and Sydney.

Most of the students from other countries were recorded in Vienna and Paris. London took only third place on this parameter. But Oxford University had the maximum number of graduates from royal families.

In terms of Internet speed, Madrid has surpassed all others. The capital of Great Britain took 16th place on this one. San Francisco is in the last position for the highest ranking of universities in the general list.

Subscribe to our Telegram channel
Read also
«There is no bullying.» A personal step-by-step experience of how to send your child to a kindergarten, school or university in Poland
How to move to Georgia right now and what you can do there
World best universities ranking announced
Canada will issue new open work permits to foreign workers and graduate students
US citizenship after graduation: World Property Invest expert about the EB-5 program
Education in Poland for Russians, Ukrainians and Belarusians: a review of schools for immigrants
International students in Belgium will have the opportunity to find a job within a year
International students studying online in Canada will get a work permit
Realting uses cookies on Realting.com to analyse usage of the website and to enable content sharing on social media. Cookies may be placed by third parties. By closing this message and continuing to use the site you consent to Learn more
Yes, I agree