All countries
Realting.com
Publications
«If you look at the top 100 universities in the world, about 40-50 of them are American.» How to go studying in America, and why is it needed at all?
Share using: 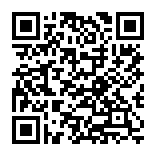 «If you look at the top 100 universities in the world, about 40-50 of them are American.» How to go studying in America, and why is it needed at all?

How to prepare for entering a U.S. university? Is it possible to enroll in a U.S. university for free? What are the benefits of an American education? Read about all of this in our comprehensive article.

Getting into an American university may seem like an unbelievable and unrealistic task. But if we look at the facts, we see that about 1 million international students study in the U.S. every year, which means it is more than possible. What does this education provide and how much it will cost? When should you start preparing and how should you do it? What do U.S. universities consider first? Ksenia Pustylnik, founder and CEO of the EDucation Masters company told us about all of this: — Higher education in the USA is organized by the Bologna system: the first stage — a bachelor’s degree, which lasts four years, the second stage — the master’s degree (from one to three years, depending on the specialization), and then comes the PhD or «doctor of philosophy» — this stage can last from three to seven years.

At the bachelor’s level, the U.S. system of higher education is generally similar to other countries. The biggest difference is that European universities mostly train professionals, as their programs are narrowly focused on a particular specialty. American bachelor’s programs immerse students in a wide variety of subjects, and it is only by the second or third year when students choose a specialization they continue to dig deeper into during their final years of study. For example, at Brown University (one of the Ivy League universities) students are required to attend basic lectures in biology, chemistry, and mathematics regardless of their major. These lectures are given by some of Brown’s most distinguished professors, and it is believed that if you don’t like a particular subject after such cool lectures, then it’s probably not your field of study.

If you look at the top 100 universities in the world, about 40-50 of them are American universities. There are three key reasons why students from all over the world want to study in the United States. First, it is a truly progressive education: in terms of scientific development, Americans are very much ahead of many countries in some areas, and even at the undergraduate level, students can touch the latest developments. For example, at Yale University, undergraduate students are involved in the search of a cure for Alzheimer’s disease. Second, an American education provides a very different view of the world — a world without borders. Next to you in the classroom will be a guy from Nigeria, the daughter or granddaughter of an American billionaire, a student from Brazil, and a member of the Olympic boxing team from Canada. So when you graduate, you will have connections all over the world and it will be very easy for you to get any information and solve any problems. Thirdly, an American education is a way to adapt in the United States and emigrate to this country. — When selecting a university and program of study, it is very important to be clear about the true purpose of entering the United States. For some, it is to get a strong education so they can return home and build a career or family business; for others, it is to find a job and stay in the United States. All this greatly influences the final list of universities for a student to apply to. Most often international students choose to study in Boston, New York, and California. Popular majors (among both foreigners and American teenagers) are computer technology, engineering, and business programs.

As an expert, I do not recommend targeting universities with a large number of foreign students — this is a bad signal in terms of the quality of education. It shows that the university is not competitive inside the United States, and therefore it has to look for students outside the country. There are, of course, some exceptions, but in general, universities with more than 15-17% international students are not a good choice for admission.

Admission to U.S. universities takes place in the last year of school — 11th grade if it is a standard Russian program, or 12th grade if it is an International Baccalaureate program. The offers from universities come, as a rule, in March and April. That is, before the child has even finished school, he already knows which American university he is going to study at. — You can prepare for admission from an early age: in the U.S., advanced parents choose elementary, middle, and especially high school for their child with a view to future admission to a top university. Also, American families send their children to play sports from an early age, since sports achievements at a high level are greatly valued by universities. We recommend preparing children starting from the 8th grade (within the framework of the 11-year educational system), because having time to develop a child’s strengths allows him or her to enter a higher level university. At the same time to prepare in a year or two is also quite realistic.

The following documents are required for admission to American universities: a transcript of school grades, recommendations from teachers and class teacher, school report, results of English language test (TOEFL, IELTS or Duolingo), entrance essay, resume. In some cases, students need to be interviewed. Creative majors require an audition or portfolio. There are also the American SAT or ACT: these tests are recommended if you plan to apply to the most prestigious institutions.

The admission season begins on September 1, which is the starting date for application preparation. The first deadline for applications is the 1st or 15th of November, depending on the university: this is the so-called early admission wave, which definitely makes sense to apply, as it can increase the chances of being accepted to the university of your dreams quite decently. Then the deadlines for the main entrance wave are from the 30th of November (for California universities) to the 1st of February (for Ivy League universities). There are also universities that accept applications after that date.

When U.S. universities analyze applications, they look at three indicators: a student’s academic potential, personal qualities, and social position. Accordingly, all of these areas need to be addressed in preparation.

The academic profile means impeccable grades from the 8th grade, a high level of English, various achievements (for example, participation and prizes in Olympiads). As for personal qualities, they look very carefully at leadership, the ability to withstand a high level of stress, communication skills, and so on. These qualities are developed as the student faces new challenges and tasks, implements big projects — and all this should be reflected in his application. The third factor — social position — is usually the least developed within international students. Prestigious universities do not look for those who will graduate from them just for the sake of big earnings — they look for leaders who will manage the future, create and implement new technologies to serve the good of society. Therefore, even at the admission stage, the university wants to see what global problems a student is concerned about, and what he or she is doing to solve them. — There is no direct correlation between the quality of education and its cost in American universities. Tuition at very differently ranked universities can cost the same. The cost will rather depend on the location of the university (it is more expensive on the coast than inland) and whether you study at a private or a public university. Public universities are cheaper than private ones, but they do not usually offer financial aid or scholarships for international students. On average, a year of study at a top American university costs somewhere between $40,000 and $80,000 (including food, accommodation, books and medical insurance). It should be noted that many universities provide scholarships for international students. Based on our practice, scholarships usually range from $10,000 to $30,000 annually for the duration of undergraduate programs.

By the way, you can read about the cost of studying abroad in the most popular countries in our most current digest.

Want to buy an apartment in the USA? Visit the section «Real estate in the United States» and choose the option that is right for you.

Join our Facebook group
Read also
«Register all flatmates in two weeks.» Dubai has introduced a rule that applies to all without exception
Minimalism in its purest form. A stylish penthouse for sale in Germany for €950,000
Who got lucky in the green card lottery? The results are already known
«Turkey isn’t boundless? Why have foreigners been banned from renting in Turkey and how will this affect prices
«A small housing in the centre of Brugge. In Belgium an unordinary house on the rooftop is put on sale
Buying a cheap house and moving to Finland — isn’t it a dream? A selection of cosy houses in the forest
Americans are in a hurry to buy a house in Europe: what is the reason for this activity and how do Europeans react to it?
«Society deserves reliable information.» Poland intends to lower the temperature in homes
Realting.com uses cookies to improve your interaction with the website. Learn more
Yes, I agree

Interested in real estate in United States?
Choose from 301 property in our catalog
Go to catalog