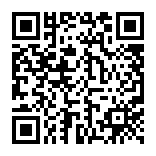 New «Areas of Outstanding Natural Beauty» are being created in Britain. Houses on their territory will be very expensive

In the UK, there are «Areas of Outstanding Natural Beauty» (AONB) in the countryside. They differ from nature reserves and national parks in their more lenient status — for example, there are no strict construction norms on their territory. The British authorities are currently working on a plan to create four more such unique zones.

Why is this new project being created?

With the advent of the pandemic, many people have a desire to live and work in spacious country houses. Thus, according to data from a recent survey conducted by Knight Frank, about 54% of respondents are going to work from home in the future more often than before the pandemic. At the same time, for 42% of the respondents, a spacious house became important just after the restrictions were introduced. And only 12% considered large spaces to be an insignificant factor.

The desire of many Britons to move to the rural outback has already led to an increase in the value of luxury real estate to levels that had not been seen since the global financial crisis. The all-time record for sales and house price increases in the UK was set in June, aided by the upcoming end of stamp duty. Monthly results show that suburban real estate, including properties located in AONB, are in high demand.

Knight Frank’s analysis of sales information clearly demonstrates that the cost of houses in a natural area is on average 32.7% more expensive than a property located 5 km from the AONB border.

Now the British authorities are exploring the possibility of giving this status to ​​the Yorkshire Hills and the Cheshire Range. In addition, they are considering the scenario of expanding the boundaries of the territories of the Surrey and Chiltern Hills.

As for property prices, they are as follows:

Housing prices jumped the most in Gower, the first natural area created back in 1956. A private house there is on average 79% more expensive than outside the AONB. The Norfolk coast took the second place in terms of markups (housing is estimated more expensive by 70.1%), and the third went to South Devon (real estate sells for 63.2% more than outside the natural zone).

Buying an apartment in Poland? No problem! We found 5 apartments for € 65,000 or less

«Where in the world can you buy an apartment for € 30,000? We found 6 options around the globe
Montenegro

Only two bedrooms, but includes a private beach. What does a two-bedroom, € 1,025,000 apartment in Montenegro look like?
Cyprus

Three bedrooms, an open terrace and a «personal» view of the sunset over the sea. A unique apartment for sale in Cyprus
Realting uses cookies on Realting.com to analyse usage of the website and to enable content sharing on social media. Cookies may be placed by third parties. By closing this message and continuing to use the site you consent to
Yes, I agree Learn more
Interested in real estate in United Kingdom?

Choose 101 property in our catalog