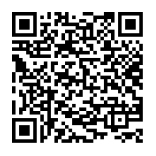 Education in Cyprus is regulated by the Ministry of Education and Culture and is divided into three categories: primary, secondary and higher education.

Majority of schools are taught in both Greek and English. Education in Cyprus for International students requires an equivalent diploma / certificate for admission.

Primary schools in Cyprus follow a National Curriculum regulated by the Ministry of Education and Culture [the Primary Education Department] for both private and public primary schools. Attendance is mandatory for children aged 5 years and 8 months.

Schools in Cyprus are mandatory until age 15.

Secondary Education is referred to as Upper Secondary School in Cyprus and is part of the Secondary General Education system. It begins after graduation from the Gymnasium level, and is available to students ages 15 - 18 years of age. Students may decide between two, three-year programs:

Students graduating from a Technical College are awarded the Europass Certificate Supplement, a document recognized in the European Union, allowing for more employment opportunities.

Tertiary Education or Higher Education in Cyprus is coordinated by the European Higher Education Area and follows the Bologna Process. Programs are offered for both local and international students. Undergraduate/ Graduate / Masters diplomas are recognized throughout the EU.

Some public universities in Cyprus also offer programs in Arabic, Turkish and Chinese.

The Cyprus Education system strives to minimize educational gaps between public and private schools, both are regulated by the Ministry of Education and Culture to maintain a standard. The main difference being that private schools may regulate their own curriculum [according to Cyprus standards] and offer additional programs. An annual tuition fee is charged accordingly.

The American University in Cyprus, for instance, additionally offers the International Baccalaureate program in their curriculum.

International universities / schools in cyprus are licensed and regulated by the Ministry of Education and Culture. Here are the top Greek, British and Russian schools / universities based on curriculum and accreditation.

For more information on Russian schools in Cyprus, visit the Russian Centre for Science and Culture in Nicosia.

There are currently no Greek-origin universities / schools in Cyprus accredited by an international institution. However the education system in Cyprus originally in Greek and focuses on enhancing the Greek language for all levels.

The Pascal Education in Cyprus, for instance, is accredited by the International Baccalaureate World Schools and offers a Greek School in their program.

Education in Cyprus for international students is relative to the school / university procedures / required documents. Generally the process includes:

For students outside the EU: Famous Universities and Schools in Cyprus by district:

Join our Facebook group
Read also
«There is no bullying.» A personal step-by-step experience of how to send your child to a kindergarten, school or university in Poland
How to move to Georgia right now and what you can do there
Where to study abroad — TOP cities in the world for students
World best universities ranking announced
Canada will issue new open work permits to foreign workers and graduate students
US citizenship after graduation: World Property Invest expert about the EB-5 program
Education in Poland for Russians, Ukrainians and Belarusians: a review of schools for immigrants
International students in Belgium will have the opportunity to find a job within a year
Realting uses cookies on Realting.com to analyse usage of the website and to enable content sharing on social media. Cookies may be placed by third parties. By closing this message and continuing to use the site you consent to Learn more
Yes, I agree

Interested in real estate in Cyprus?
Choose 6 173 properties in our catalog
Go to catalog