All countries
Realting.com
Publications
The Greek island of Santorini is a picturesque archipelago in the Aegean Sea with white houses and spectacular sunsets
Share using: 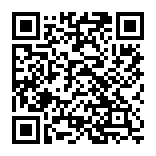 Santorini is one of the most popular resorts in Greece. Tourists also know it under another (official) name — Tira. Compared to the rest of the Greek archipelagos, Santorini stands out for its neat white houses with blue roofs. Every year millions of tourists from Russia and other countries come here to admire the local beauty and watch the sunset at the end of the day, which is considered almost a sacred duty for every visitor.

Geographically, Santorini is one of the Cretan islands. White houses are especially popular with tourists — there are no more of them to be found in any other city in Greece. The picturesque archipelago is also known for its unique attractions. Many of them have a long history, once again reminding us that Greece is rightfully considered the cradle of modern civilization. This amazing country was once inhabited by developed societies that left behind a rich architectural heritage.

Since the island is located in the Mediterranean Sea, it has a warm Mediterranean climate, moderately arid, with rare rainfall. Strong winds are observed in summer, mainly in the month of August. The tourist season in the archipelago lasts all year round, but its special peak comes from late spring to mid-autumn.

The mild Mediterranean climate is conducive to a pleasant beach holiday. Particularly notable on the island is the volcanic black pebble beach. This is the most popular and spacious place for swimming: there are bars and restaurants with picturesque views. The beach area is called Kamari. It has been honored with the prestigious international Blue Flag award for the best beaches in the world. Near Kamari is Mount Mesa, from the peaks of which you can watch the most beautiful sunsets.
Another popular swimming spot in Santorini is the Red Beach. Its territory is always crowded. Here, unlike Kamari, the pebbles are red. The beach itself is equipped with sun loungers and has a picturesque view of the bay and red rocks.

The most popular and famous city in Santorini with a large concentration of white houses. Its population is just over 600 people. Nevertheless, at the height of the tourist season, several thousand more are added to them — these are tourists arriving in Oia from all over the world. At their service in the town are the best establishments, where you can not only eat delicious food, but also appreciate the picturesque views of the sunset.

The Greek authorities are strict about the observance of the rules and regulations regarding architecture in Oia. All new objects here should be erected in white and blue tones and must have rounded shapes. In addition, the country’s authorities closely control how the distances to neighboring objects are observed. These parameters are measured down to millimeters so that the town meets the standards of ancient architecture, which is characterized by narrow streets paved with stone and stairs carved into the rocks.

In addition to building restrictions, Oia has street advertising bans. The color scheme and size of the signs are strictly controlled by the relevant authorities. Any wires and lines must be laid underground so as not to disrupt the integrity of the street. Due to the current bans on road transport inside the village, you can easily and safely move on foot. Due to the observance of all the above norms and rules, the town has a beautiful appearance and is in high demand among tourists. On the territory of the village, located in the north of the Santorini archipelago, there is always somewhere to go and something to see. The following attractions are especially worth highlighting:

Fira is the capital of the Santorini archipelago. It is located on a cliff overlooking the Aegean Sea, at an altitude of over 300 meters. The town is home to about 1600 people. Due to its unusual location and the complete absence of tall trees, Fira is one of the hottest places in Greece in summer. For this reason, tourists should be especially careful during the summer to avoid sunstroke.

As in Oia, car traffic is completely prohibited. Residents and tourists are allowed to travel only on foot or by bike. In terms of architecture, Fira is diverse. Most of the streets are decorated in the old style with the same buildings and narrow stone-paved aisles. What to see in Fira

The capital of the Santorini archipelago is considered a favorite shopping destination for foreign tourists. People come here to visit fashion boutiques and shops of popular world brands where they can buy various things and souvenirs.
Some of Fira’s other attractions deserve attention:

Other cities in Santorini

Almost all the settlements on the Greek island are worth visiting because of their natural beauty. First of all, you need to pay attention to the following settlements:

The main local attraction is the Mount of the Prophet Elijah (the highest point of the settlement and the island) and the monastery erected on its top. These unique landmarks are recommended as a must visit for tourists.

Interested in real estate in Greece?
Choose 27 471 property in our catalog
Go to catalog