«I spend 150 euros a month on groceries.» Sarah moved from Russia to Klaipeda to study, and she has no regrets 2021

All countries
Realting.com
Publications
«I spend 150 euros a month on groceries.» Sarah moved from Russia to Klaipeda to study, and she has no regrets
Share using: 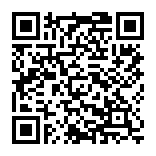 «I spend 150 euros a month on groceries.» Sarah moved from Russia to Klaipeda to study, and she has no regrets

Sarah moved from Russia to Klaipeda quite recently and very spontaneously. On the one hand, this became a real advantage for the young girl — no long preparations or painful searches for the best options for anything. On the other hand, such a spontaneous decision, as a rule, is accompanied by a rather large number of surprises, many of which are not so pleasant. Sarah told one of the Realting.com journalists about all the vicissitudes of her move to Lithuania.

«As in the best films, I crossed the border on foot»

— A year ago I moved from Russia to Klaipeda, although I did not choose this country from a number of others — I chose the university where I want to get an education. I knew that I was leaving for another country with a one-way ticket, but there were no specific requests or expectations, everything turned out rather unexpectedly.

One of my acquaintances once casually mentioned an educational institution in Lithuania where you can apply. I decided to find out a little more information on the Internet, and «just in case» I applied for admission. I had a feeling that this was a waste of time, since there were huge problems with the knowledge of the language. However, after some time, a positive response came from the admissions office of LCC International University, which is located in Klaipeda. There was practically no time: when I found out that I could move to Lithuania under the pretext of studying, there were a couple of months left before the start of the semester.

I want to clarify right away: the main goal of my studies is to study English academic language for further admission to other universities around the world.

When I moved, I did not know anything about this new country for me. Despite the fact that Russians and Lithuanians have some things in common in their mentality, they belong to two completely different cultures. This was my first experience of a long solo trip, and everything was complicated by the fact that I did not know the Lithuanian language.

Immediately after receiving a positive response from the university, I went to Moscow to obtain a visa. The process itself was not easy, as everything around began to close due to the pandemic. As soon as I got the visa, in two weeks I collected my things, took my documents, and flew to Kaliningrad. As in the best films about emigration, I crossed the border with all my suitcases on foot. Because just at that moment, flights to Vilnius were abruptly canceled.

The driver from the university picked me and three other people up from the border, so it was easier further on. — My life in Lithuania began with a student hostel, then I had to find an apartment. The search itself did not take much time — I found a suitable option from an ad. As a result, it costs me about 600 — 800 euros a month to live. Renting a one-room apartment in Klaipeda costs about 300 — 400 euros, utility bills are about 160 euros more. I spend about 150 euros on groceries, but if you consider that sometimes I want to go out and spend time with friends, then this figure boldly exceeds the mark of 200 euros per month.

I used to work as a front-line manager at an online school for children and teenagers, but this had nothing to do with Lithuania. I, myself, am a creative person and I love to draw. Now I am seriously interested in graphic design — I am studying this profession and preparing a portfolio to switch to freelance.

I believe that every trip provides an irreplaceable experience that cannot be obtained in any other way. No matter how much you watch videos about other countries, until you move and live in them for at least a few months, you will not be able to understand what it is like to feel like a person in another culture. One of the most important human skills, in my opinion, is the ability to adapt. My adaptation in Lithuania was quite rapid — perhaps because it was my first real experience of encountering another culture.

The biggest difficulties began when I had health problems, and, in my case, it was a rather negative example of medicine. Since visiting different clinics, from free to paid, I did not receive particularly high-quality care. As a result, during the summer holidays I left for Poland and gave myself time for physical and emotional relaxation. I have returned to a healthier lifestyle. Probably after that I felt better.

If we talk about the good, then the most positive moment for me was the countless acquaintances that happen here literally at every step: in cafes, shops, or shopping centers. Despite the fact that, in general, Lithuanians are rather closed people, young people are always eager to communicate.

And one more very positive moment — oddly enough, I like the climate of Klaipeda. This is a city of wind, high humidity and sea air — everything that I love.

For me, this move helped to fulfill a small dream of trying something completely new for myself. I do not regret at all that I risked diving into a new life for me, not knowing what will happen next. It is possible that in the future I will repeat a similar experience once again, and move to live somewhere else. I have never regretted my choice. On the contrary, I am more and more inspired to move on by the fact that, looking back, I see what incredible stories I went through in this country.

Join our Facebook group
Read also
Portugal is short of labor. How is the country going to attract foreigners?
Albania’s residence permit for investment: unexpected business opportunities and excellent prospects for life. What does the country offer?
Where IT specialists live well. Experts on where IT professionals relocate to and where there is a willingness to accept them
«Poles are in no hurry to buy apartments, whereas Belarusians and Ukrainians are being interested.» What's new on the real estate market in Poland?
«You will never want to leave this place.» The wonderful story of a family from Cherepovets who moved to Turkey
Realting uses cookies on Realting.com to analyse usage of the website and to enable content sharing on social media. Cookies may be placed by third parties. By closing this message and continuing to use the site you consent to Learn more
Yes, I agree

Interested in real estate in Lithuania?
Choose from 3 658 properties in our catalog
Go to catalog