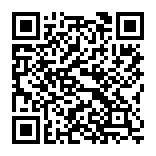 During the first nine months of 2022, foreigners have invested in the Montenegrin economy by 70% more than the previous year. This information was shared by the country’s Central Bank.

How exactly did the volume of investments increase? The net inflow of foreign direct investment rose to €599 million (last year it was €352.3 million).

Where are the most profitable places to buy an apartment? Payback on rental housing in 5 popular countries: analytical review and rating

In general, over the same period, investors have added to the Montenegrin budget in all areas almost 850 million euros (41% more than a year ago). Real estate is in especially high demand in Montenegro — investments in this sector have increased from 184.3 million euros to 322.2 million euros.

Not for one euro, but still very cheap. In Spain, a village consisting of three houses is on sale

«In nine years, apartments in Iskele increased in price three times, however, most houses still have no heating». A woman from Belarus moved to Northern Cyprus, and now can tell about life and investments

Abandoned houses in Greece: $50,000 for ruins amidst paradise
Realting.com uses cookies to improve your interaction with the website. Learn more
Yes, I agree

Interested in real estate in Montenegro?
Choose from 10 720 properties in our catalog
Go to catalog