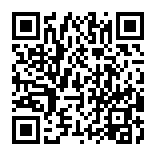 Lithuanian Finance Minister Gintare Skajstė, during a working trip to Washington, suggested that American business reorient to the Lithuanian market in order to further strengthen Lithuanian-American economic ties, according to Delfi. What exactly should be done to achieve this?

Lithuanian Minister of Finance Gintare Skajstė, during a meeting with the members of the US-Lithuanian Business Council and the leadership of the Export-Import Bank ofthe USA on a working visit to Washington, proposed to discuss the need to expand economic cooperation between the countries and the development of investments.

— It is extremely important to further deepen Lithuanian-American economic ties, attract investment and thus help our business to reorient itself, reorganize supply chains and move to much more stable and reliable Western partners and markets, — said Skajstė.

According to the Lithuanian Ministry of Finance, investments can be directed to strategically important sectors — away from energy towards high value-added areas such as biotechnology or information technology. The United States is Lithuania’s sixth largest trading partner with a turnover of more than 3 billion euros per year.

We would like to remind you that we have already written about the prospects of the Lithuanian market for business placement. Yulia Tyslenko, Head of the Capital Commercial Office, spoke in detail about the nuances of moving business to Lithuania: how to draw up the necessary documents, where to find the right commercial premises, and what you need to take care of in advance to make the move as comfortable as possible.

How to relocate your business to Lithuania while avoiding «expensive» mistakes? Step-by-step instructions from a Capital Commercial expert and the personal experience of an IT company
Georgia

How to move to Canada and get a startup visa? An APEX Capital Partners expert shares all the details of the process and the secrets to success
Canada

International students in Belgium will have the opportunity to find a job within a year
Realting uses cookies on Realting.com to analyse usage of the website and to enable content sharing on social media. Cookies may be placed by third parties. By closing this message and continuing to use the site you consent to Learn more
Yes, I agree

Interested in real estate in Lithuania?
Choose 3 427 properties in our catalog
Go to catalog
Realting uses cookies on Realting.com to analyse usage of the website and to enable content sharing on social media. Cookies may be placed by third parties. By closing this message and continuing to use the site you consent to Learn more
Yes, I agree