All countries
Realting.com
Publications
It will be possible to obtain a residence permit in Oman in exchange for investments
Share using: 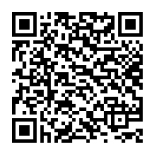 Oman’s state media reported on the authorities’ intention to provide long-term residence permits for foreign investors. This decision is yet another step in the country’s process of large-scale economic reforms. Having foud themselves in a precarious financial position, the leadership of one of the main countries of the Persian Gulf are trying to solve the problem of outstanding public debts this way.

National media reports indicate that the government of Oman will begin to implement this initiative as early as September this year. To obtain the right to long-term residence in the Sultanate, it is enough to be a foreign investor or retiree. However, the amount of necessary investments has not yet been announced.

Until recently, in Oman, it was possible to extend a visa for only a few years each time and only on the condition of confirmed employment. But during a period of falling oil prices, the Gulf countries are trying to keep local residents and their families from emigrating abroad. International contributions to the economy of the state will strengthen the financial position.

The statement by the Omani authorities to issue a residence permit for a 5-year or 10-year period is very similar to the initiative of one of their neighboring countries. In the past few years, the UAE have been actively issuing long-term residence permits as well as citizenship to private foreign investors.

Today, experts consider Oman one of the most financially weak and unstable countries in the region. When the global oil price crash hit in 2014, the country’s debt to WFP rose from 15% to 80% last year.

As of 2020, the share of foreigners is about 42% of the total population of Oman.

Join our Facebook group
Read also
European Commission plans to simplify the granting of residence and work permits to qualified workers from third world countries
Montenegrin citizenship for investment — how much time is left and how to choose a property? An expert answers the most popular questions
It has become easier to move to Latvia: visa applications for remote employees open
In Finland highly qualified specialists and entrepreneurs will be able to obtain a residence permit in a shorter period of time
New rules for issuing residence permits to foreigners in Cyprus
Turkey introduces a minimum cost of investment in housing for obtaining a residence permit
Argentina and Montenegro lend a helping hand with residence permits for IT relocators
«Those who had dragged their feet for long now want to get citizenship for their investments as soon as possible.» An expert told us about the main innovations in immigration programs
Realting uses cookies on Realting.com to analyse usage of the website and to enable content sharing on social media. Cookies may be placed by third parties. By closing this message and continuing to use the site you consent to Learn more
Yes, I agree

Interested in real estate in Oman?
Choose in our catalog
Go to catalog