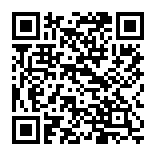 Greece is a country of opportunities for investors: it has a clear sea, developed tourism, mountains, world-famous attractions and a busy social life. But there are also peaceful places with a measured pace of life. This article tells you what regions of Greece are popular among investors and people who want to move here, as well as the peculiarities of each location.

Greece is a small country in southern Europe. At the beginning of 2022, its population was a bit more than 10 million people, most of whom are ethnic Greeks. The crime rate is quite low.

The landscape is mainly formed by mountainous terrain and plateaus. Here are the famous Mount Olympus and Parnassus, almost 3 and 2.5 km high. Greece owns more than 3000 large and small islands (about 20% of its territory), thanks to this feature the country has one of the longest total coastlines. Beaches are clean, many of them have blue flags, the cleanest places are on Crete, Corfu, Rodos, as well as on the peninsula of Peloponnese and Halkidiki. One fifth of the territory is occupied by forests.

Climate: the north of the country is in the temperate zone, the southern part is in the tropical zone.

The official currency is the euro, as Greece is a member of the European Union.

Language. The language spoken here is New Greek, but it is important to keep in mind that almost every district has its own dialect. In popular tourist locations, also in large cities (for example, in Athens) English is widely spoken. Almost all young people in Greece speak English well.

The state religion is Orthodox Christianity, but there are communities of Muslims, Catholics, Protestants and other confessions.

Types of visas: Schengen, type C to visit the country for a short time, and type D to stay for over 90 days.

An interesting fact: the average life expectancy here is higher than in the EU — women live on average 84 years, men — up to 78 years. Scientists attribute this to the good climate and good food. Why is it profitable to buy property in Greece?

There are several explanations:

It is a region in the southern mainland of Greece on The Aegean Sea. Great beaches, the famous Athenian Riviera, landmarks — all this is about Attica.

The capital of Greece is the historical center of the country with a population of about 3 million people. It is the center of cultural, economic and political activity of the country. The city is loud and bright, the suburbs are considered one of the best places to relax in the world.

Transportation. The international airport is nearby, with one station serving the Athens metro and the city’s commuter rail. Buses go from the terminals to Athens. 5-10 km from the city is the largest in Europe passenger sea port (Piraeus). Athens has trolleybuses, buses, suburban streetcars and electric trains. It is the only Greek city with a subway.

Infrastructure. Athens is a major developed city. In recent years, the infrastructure has been actively transformed by development projects.

More than 600 other offers in Athens

It is a region in the north of the country, the largest in territory and second largest in number of citizens. The climate is temperate continental, in the mountains — alpine. Valleys and forests prevail, there are mountains and lakes, as well as many places of interest. The famous Mount Olympus is situated here in Macedonia.

Thessaloniki is the cultural capital of Greece, second in size after Athens. There is a famous Aristotle University, and many resorts in the suburbs.

Transportation. The city has an international airport of Macedonia, which has direct bus routes to the center of Thessaloniki.

Public transport means — buses and trains, there is a railway station, which connects it with other cities in Greece and the world. Soon the subway will be launched. Also in Thessaloniki there is the second most important Greek port with a passenger terminal.

Infrastructure. There are many museums, monuments of culture and architecture, religious and secular buildings of different epochs. Also in Thessaloniki you can find a lot of clubs and shopping centers.

The disadvantages: one-way traffic on most streets, the presence of the port restricts the ability to swim in the center.

More than 30 more offers in Athens

The region in central Macedonia is a popular resort with plenty of towns and villages. It has many historical sites and the cleanest beaches, which annually receive blue flags, in Greece.

The Thessaloniki international airport provides transport links and there are also bus services. You can travel around the city by bus, you can rent a car or take a taxi.

Infrastructure. Mostly all facilities on the coast are touristic, there are many stores, restaurants, service facilities. The staff often speaks Russian. All beaches in Chalkidiki are public.

Prices for housing — € 1.5-2 thousand per m ², but there are properties from € 1 thousand per square meter. A townhouse or a compact house will cost € 100 thousand, an apartment without renovation — € 40-60 thousand. On the coast, of course, accommodation is premium class and it is much more expensive.

Corfu is the second largest and most northern of the Ionian Islands. It is called «non-Greek» because of the influence of many cultures and nationalities in its appearance and traditions. Its population is a little more than 100,000 people who consider themselves a separate nation. There are many historical monuments, museums, and life is in full swing during all four seasons. But for a beach vacation it is better to go to the suburbs — in the city beaches are small.

Transport. John Capodistria International Airport is just a few kilometers away; you can get there by taxi or by bus. Ferries go from the city to Greek and Italian towns. On the island of Corfu you can travel only by bus.

The infrastructure is developed, there is everything you need for living and entertainment all year round, there are many resort villages with stores, restaurants.

The largest and most southern of the Greek islands, it is the fifth largest in the Mediterranean Sea. Its population is about 600,000 people and its capital is Heraklion. Crete is washed by three seas, the coastline is more than 1000 km. The beaches are excellent here.

Transportation. Crete has three airports, two international and one local, but you can also get here by ferry — the island has two of the most important seaports in the Eastern Mediterranean (Heraklion and Chania). Getting around Crete is possible by bus.

Infrastructure. The island has 8 public hospitals, 3 universities, there are museums and attractions in the larger cities, while the resort villages have plenty of stores, hotels, beaches and shops.

Prices for housing. Per square meter you have to pay from € 1.3 thousand, what means that an apartment with one bedroom will cost € 50-75 thousand, a house or a townhouse will cost € 150-300 thousand, and if you want a villa with sea views, be prepared for the amount of € 500 thousand and more.

Rodos is the fourth largest island in the country, located in the Aegean Sea. Its population is about 115 thousand people, the length of the coastline is about 250 km, the administrative center of the island is also called Rodos.

Transport. The city has an international airport of Diagoras, where buses and taxi services are available, and there are several seaports that meet ferries, including those from Turkey. Public transport is represented by buses.

The infrastructure is well-developed — there are many stores, restaurants and cafes, attractions, theaters and cinemas, and a water park. There are plenty of beaches, most of them are free of charge.

Prices for housing. A secondary apartment with one bedroom may cost about € 70-100 thousand.

This volcanic island in the Aegean Sea with an area of about 80,000 sq. km. and a coastline of 66 km. can boast colorful beaches in its eastern part — pebbles, gold, black and red sand are striking in its rich colors. Santorini is a home to approximately 15 thousand people. The administrative center is Tira. In addition, popular resort destinations on the island are Iya, Kamari, Imerovigli.

Transport. In 6 kilometers the international airport of Santorini is located. You can get there by bus, taxi, sea ferry or a speedboat. On the island itself, you can only move around by bus or by car.

Infrastructure. Now the island is actively being developed, there are already many restaurants and cafes, clubs with water sports, beauty salons and other service facilities. There are amusement parks and water parks.

Housing prices. Real estate in this area is one of the most expensive compared to the other islands in Greece — a square meter costs more than € 2 thousand, an ordinary apartment is on sale for € 200 thousand and more, the average cost of villas starts from € 1 million.

As you can see, there is a lot to choose from — Greece is as diverse as its real estate. Which city and which island will suit you depends on your goals, expectations from the property purchase, and, of course, the budget.

Join our Facebook group
Read also
«It's a very gambling game right now.» How to become a digital landowner and make money on it
In Thailand, foreign qualified specialists and investors will be able to obtain a 10-years visa
Incredible project and fascinating history — a unique weekend home for sale in Latvia
Modest accommodation with 6 bedrooms. A very special apartment sells in Israel
The beach is only 7 minutes’ walk away. In Spain the €55,000 flat is for sale
Realting uses cookies on Realting.com to analyse usage of the website and to enable content sharing on social media. Cookies may be placed by third parties. By closing this message and continuing to use the site you consent to Learn more
Yes, I agree

Interested in real estate in Greece?
Choose from 28 703 properties in our catalog
Go to catalog