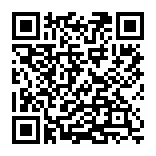 TOP 10 most interesting sights in Turkey

The fabulous country of Turkey, stretched out on the shores of the ancient Bosphorus, is still fraught with many mysteries, inviting guests from all over the world to plunge into the beauty of the East. The number of natural and man-made attractions awaiting tourists on the territory of this state is in the tens and hundreds: from luxurious palaces and centuries-old towers to underground lakes, waterfalls and stunning landscapes.

You will find a selection of the most interesting places that you should definitely visit when coming to Turkey in this article. The history of this country was written by more than one civilization, there really is a lot to see here.

The Hagia Sophia or Saint Sophia temple is a majestic symbol of the «golden age» of Byzantium, an ancient Christian cathedral dating back to the 4th century (it was consecrated in 537 A. D.).

For a thousand years, this example of Byzantine architectural conceptualization was the largest Christian temple in the world. Anyone planning to visit Istanbul should definitely visit this majestic place, located in the heart of old Istanbul, in the Sultanahmet district.

The brick structure is really impressive in scale: the cathedral building is 55.6 m tall, and its dome is 31 m in diameter! This luxurious building was erected in just 5 years, more than 10,000 people worked on the completion of the project. During its construction by Byzantine architects, the rulers allocated funds equal to two annual budgets of Byzantium. After 9 centuries, when the Turks captured Constantinople, the Christian cathedral became an Islamic temple.

Today it is a famous landmark of Turkey, a museum. In the premises of the cathedral you can enjoy Christian paintings and Islamic mosaics, inlaid with precious metals, precious woods and ivory, as well as frescoes. The dome system of 40 huge windows creates the illusion that the dome of the cathedral is floating in the air. It is incredible to watch. The Blue Mosque rests on the shores of the Sea of Marmara. The building is another popular symbol of Istanbul and a landmark in Turkey. The Blue Mosque differs from all other mosques in the world in that it has 6 minarets instead of the usual 4. Legends say that the attraction received this feature by coincidence: supposedly the architect simply misheard the wishes of the Sultan.

The building was erected after seven years of work in 1616, in one of the oldest current districts of Istanbul, Sultanahmet. Its main materials are stone, ceramics and marble. Its scope is impressive and awe-inspiring to this day, as the gleaming dome of the Blue Mosque can be seen from miles away.

The building got its name because its interior decoration is dominated by blue and white tiles. During its construction, the architects skillfully combined the Byzantine and classical Ottoman styles. Be sure to admire the 260 stained glass windows, lavish floral tiling, handcrafted carpets and its solid marble mihrab. This is a truly unique monument of oriental architecture and culture. The Galata Tower is rightfully considered one of the most ancient sights of Istanbul. In the place where it stands today, a tower already stood in the 5th century. The architectural monument as presented to tourists today was built on a hill in the middle of the 14th century (1348-1349) by the Genoese. At the time, it was called the «Tower of Christ». The building has suffered some damage due to earthquakes since then. The building was finally reconstructed in the 20th century and opened to the public as the Galata Tower.

The tower stands high in the sky at 67 m and, since it is located on a hill, you can see it from almost anywhere in Istanbul. The lookout veranda at the top of the tower offers magnificent views. The diameter of the building is 9 meters, and the width of the walls is 4 meters.

This architectural monument is located in the European (Christian) part of Istanbul. The elevator inside the tower can take you to a height of 137 m above sea level, from where you can admire the bay, the Sea of Marmara and the views of Istanbul. On the upper floors of the tower, you can have a snack in its cozy restaurant. Cappadocia is an amazing historical region in the center of Turkey that never leaves anybody indifferent: is possesses a lot of attractions, a rich history and stunningly beautiful landscapes. Mushroom rocks reaching up to 40 meters high, low hills, valleys, volcanoes and rock massifs. Many tourists who have visited Cappadocia call this area alien for its unusual views.

In these parts there also lies an ancient underground kingdom of caves and cities at a depth of 85 m. In the past, about 10,000 people lived in these underground cities.

Be sure to visit the Goreme Museum with its three dozen cave churches, the underground cities of Kaymakli, Urgup and Derinkuyu, as well as the Ihlara gorge, dotted with many temples erected on sheer cliffs.

You can rent a scooter in Cappadocia for convenience and to improve mobility. A hot air balloon excursion will gift you a truly unforgettable experience, given the beauty of the area. The Basilica Cistern (Yerebatan) is an ancient, man-made reservoir located underground at a depth of 10-12 m in the present Sultanahmet district of Istanbul. It was dug by the Greeks in the 4th century, and its construction was completed in the 6th century. At first, this landmark may seem like a palace. This is the fault of its 336 gigantic columns, 9 m high each, which were brought here from different ancient temples (therefore, the columns differ from each other).

The Basilica Cistern had, at its peak, a capacity of up to 100,000 tons of water. The walls of the building were 4 m wide and neither water or fire could get through them. It was used for its intended purpose until the 16th century.

If you want to see something remarkable in Turkey without having to deal with the heat and the sun, the Basilica Cistern is the best place to get in touch with antiquity and take a break from the high temperatures. The faint glow on the inside of the building creates an unforgettable atmosphere. Be sure to visit the «Column of Tears» in the Basilica and make a wish near it. Pammukale is a city 250 kilometers from Antalya. It is known all over the world for its snow-white thermal spas of natural origin. Seeing as many as 17 healing geothermal springs in the salt pools provides for an amazingly picturesque sight. Outwardly, they resemble cascade-terraces made of marble, white as snow. Such an effect was created by lime deposits formed under the streams of the hot springs, which have honed these forms for centuries. Interestingly, the temperature in these springs differs. The water is healing due to the content of calcium oxide and hydrogen sulfide in it.

Not far from the resort of Pamukkale you will find the spectacular ruins of the city of Hierapolis, left over from ancient times (the age of these surviving historical monuments is estimated at 3,000 years or more). According to legends, it is here that another famous landmark of Turkey is located: a pool in which Cleopatra herself basked. There is also a huge amphitheater designed for 12,000 people. The city of Aspendos in southern Turkey is one of its most ancient sights. Its tragic history dates back to the distant 5th century B. C. According to legend, it was founded after the Trojan War. At one time it was one of the three largest cities in Pamphylia, but with the arrival of the Byzantine troops it soon ceased to exist.

Today, Aspendos is ready to show tourists many relics of the past. But one of them is truly a gem among the sights of Turkey. A gigantic amphitheater that dates back to the 2nd century. Its orchestra pit is designed to house half a thousand people; the hall can fit 17,000 spectators, and the arched gallery impresses with its beauty. Thanks to the skill of the architects of those times, today artists can perform here without microphones.

Nowadays, theatre plays, ballet and opera concerts are held in this amphitheater. Istanbul is known all over the world not only for being the largest city in Turkey. It has one more feature: it rests simultaneously on two parts of the world, covering both Europe and Asia. The border between them runs directly along the Bosphorus Strait, separating the Marmara and Black Sea.

According to scientists, this landmark of Turkey appeared more than 8,000 years ago, at a time when huge ocean glaciers were melting. The length of the Bosphorus is 30 km, its minimum width is 700 m, and the maximum is 3.7 km. Since the founding of Istanbul to this day, the Bosphorus is the heart and symbol of the city, its waterway.

Walking along the strait, you will enjoy the amazing and authentic landscapes of Istanbul. Not far from the Bosphorus you can visit some ancient marble palaces, the ancient mansions of the Turkish nobility, stone fortresses. Be sure to take a boat or yacht ride across the strait, visit the Bosphorus Bridge and the Golden Horn Bay, where the mighty Byzantium once flourished. The ancient city of Ephesus (Selcuk)

Ephesus is another ancient city and landmark of Turkey, an open-air museum of sorts a little west of the city of Selcuk. Its history began in the 10th century B. C. and was interrupted in the 15th century, when it was destroyed. Between the 5th and the 6th centuries, it was one of the most significant cities of the Byzantine Empire. Over time, it was restored under the guidance of archaeologists and today it can be visited by all those who like to look into the distant past.

The most popular and interesting place in Ephesus are the ruins of the Temple of Artemis, the third wonder of the world. Also, the city is fraught with many artifacts of the Neolithic era, the reign of Byzantium, and the Ottoman Empire. It is a true monument of world culture. Troy is a legendary ancient fortress city, the ruins of which are today in the north-west of Anatolia. Troy is on the UNESCO list of cultural heritage, it is the most popular tourist attraction in Turkey, which everyone has heard of. At the main entrance to the city, you will be greeted by a copy of the Trojan horse, a thematic museum, a garden and the ruins of city buildings, houses and temples that have survived to this day. Visit the Temple of Athena, the Odeon Concert Hall, and the excavation museum, too.

Troy is one of the treasures of Turkey’s cultural heritage, reflected in ancient Greek epics, including Homer’s poems. According to historians, the city originally appeared as a small settlement. But, during its heyday, the metropolis occupied an area of more than 270,000 square meters. The ancient city has 9 archaeological layers dating back up to the 30th century B. C. Don’t miss Troy if you’re in Turkey. Each landmark of Turkey opens up a new facet of this ancient territory. Visiting it again and again, you will invariably rediscover the country in a different way. Even the most sophisticated tourists fall under its charm.

What are the best places to visit in Spain?

Passports that allow you to travel without a visa to most of the world: rating by countries
Realting uses cookies on Realting.com to analyse usage of the website and to enable content sharing on social media. Cookies may be placed by third parties. By closing this message and continuing to use the site you consent to
Yes, I agree Learn more
Interested in real estate in Spain?

Choose 24 037 properties in our catalog