«More than 60% of the City Realtor Center employees are its former clients.» Olga Chernysheva told us about the principles of the company’s work 2020

All countries
Realting.com
Publications
«More than 60% of the City Realtor Center employees are its former clients.» Olga Chernysheva told us about the principles of the company’s work
Share using: 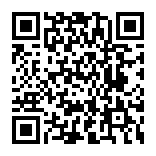 «More than 60% of the City Realtor Center employees are its former clients.» Olga Chernysheva told us about the principles of the company’s work

During the spread of COVID-19, the Russian authorities were forced to close the country’s borders in order to reduce cases of the imported disease. Consequently, the demand for domestic tourism has increased in Russia. One of the most visited resorts in the CIS is the city of Sochi, located on the Black sea coast.

Vacation in Sochi will be unforgettable for everyone: the diversity of this resort town will please both tourists who prefer the peace of mind and the most avid extreme athletes. The mountain peaks of Rosa Khutor will not leave any skier or snowboarder indifferent, and the cleanest beaches on the Black sea coast will become a pleasant memory for all beach lovers.

Statistics show that the influx of tourists increased the demand not only for a short — term rent — many have decided to buy housing in the ’Russian Riviera’. To find out how the real estate market in Sochi has changed, we’ve spoken to Olga Nikolaevna Chernysheva, commercial director of the City Realtor Center. Olga also shared the principles of the agency’s work. Head of the City Realtor Center

The City Realtor Center company was founded on May 9, 1997. The agency is run by Yulia Usacheva, a real estate professional.

As remembered by Olga, in the 1990s in the Russian Federation, real estate agencies were biased: illegal realtors and the lack of licenses did not inspire confidence. To do something about this situation, Yulia Usacheva decided to set up her own agency, which began working solely within the legal framework. This initiative was actively supported by Sochi residents. Thus, the head of the company City Realtor Center managed to radically change the real estate market in Sochi. Buyers have begun to contact the licensed agencies, and illegal realtors eventually were out of job.

According to Olga, there was another turning point in the history of the Sochi real estate market. After the 2014 winter Olympics were announced in 2007 in the Krasnodar Krai, the city began to change rapidly. The number of tourists in Sochi increased, which significantly affected the increase in demand for real estate purchases.

The city was developing, the quality of service was improving with each passing day. Russian citizens and foreigners found out about all the joys of Sochi: the combination of warm seawater and snowy mountain peaks distinguished this resort from many others.

The organisation of the agency

At the moment, the Agency City Realtor Center employs more than 100 employees. Among them, besides sales managers and lawyers, whom Olga considers being the main ’engines’ of business, there’re also marketers, programmers, photographers, and designers. The agency also has its own vehicle fleet, which is necessary in order to view real estate objects together with the client.

What’s interesting is that more than 60% of the agency’s employees are its former clients. For example, Olga herself once bought real estate with the help of the City Realtor Center. She liked the attitude of staff members toward their clients so much that she decided to apply for a job there.

The real estate agency specializes in all types of services for the purchase and sale of residential and commercial real estate. The company also acts as a developer in the project Сottage Settlements on Krasnaya Polyana. The range of pricing is wide. However, at the moment the biggest demand is for housing at a price starting from $ 60,000 to $130,000. About 75% of buyers are Russians, and the remaining 25% are citizens of former FSU and non-CIS countries.

City Realtor Center is a member of many real estate associations and also cooperates with partners across Russia. City Realtor Center is a member of FIABCI, Russian Guild of Realtors, Kuban Chamber of Real Estate. It should be mentioned that the head of the company is the President of the Guild of Realtors of Sochi serving the second term. Despite the fact that Yulia and her husband are raising three children, she always finds time and energy to participate in the development of the real estate market in Sochi. Olga admits that the pandemic affected the local real estate market quite unexpectedly. Despite the quarantine and closed borders, sales increased. The reasons are:

Currently, most of the employees are already working in the office hoping that soon everything will go back to normal. For example, large-scale company events that are usually held twice a year (on New Year’s Eve and the company’s birthday) to strengthen corporate morale.