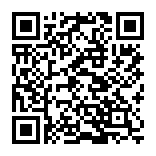 The Portuguese government has announced changes that have been implemented with regard to the Golden Visa programme for foreign investors. They will take effect on January 1 next year, as Investment Migration Insider informs. Previously, it was announced that the current rules will remain in force only until July 1, 2021.

In compliance with the new conditions of the programme, foreign citizens are required to invest the following amounts of money:

The changes made to the Golden Visa will not affect commercial real estate. Foreign citizens will still be able to purchase it for the purpose of obtaining a residence permit in major cities — Lisbon and Porto, as well as on the entire coast of Portugal.

At the moment, investors have the opportunity to apply for a Golden Visa on the old terms. They can apply for a Portuguese residence permit by January 1, 2022, by choosing the appropriate option of investing.

Villas and apartments in Turkey at the best prices: a great offer from the Atalanta agency
Latvia

What is meant by «Balcans» and how to relocate there?
United States