From the 1st of August, Russia resumes air travel 2020 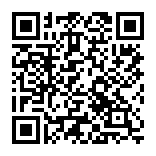 From the 1st of August, Russia resumes air travel

People, who had to cancel their trips outside of Russia due to the quarantine, can start planning their journeys. On August 1, air services with other countries will resume. Prime Minister, Mikhail Mishustin, announced the good news at a recent Cabinet meeting, pointing out that the authorities made this decision based on both the current epidemiological situation and the principles of reciprocity stated earlier. The corresponding order has already been signed.

Vice-Prime Minister Tatyana Golikova provided additional information concerning the countries where it is allowed to fly on August 1. According to her, air traffic will be resumed only with those countries that are ready to accept Russian aircraft and meet the following criteria: At the moment, there are only three such countries: Turkey, Great Britain, and Tanzania. Yet, the list will expand over time. However, a person who arrived in the UK from Russia will have to spend 2 weeks in self-isolation, while the Turkish authorities will only measure the temperature on arrival without an obligatory advance COVID-19 test. In return, citizens of these countries will be able to go to Russia.

Which airports will resume flights?

The resumption of international flights will affect only a few airports in the country. So far, these are the ones located in the capital and the Moscow region, as well as in St. Petersburg and Rostov-on-Don. Nevertheless, there is no doubt that as the epidemiological situation improves, more and more airports will accept foreign passenger planes and have flights to other countries. During the period from March 27 to August 1, regular and charter international flights were paused (except the flights that rescued Russian citizens from abroad), only special flights (cargo, mail, etc.) were carried out.