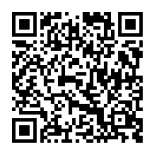 Where are the cheapest apartments for sale in the Netherlands: top 10 cities

In which cities in the Netherlands can you buy real estate the cheapest? In our material, you will find information on these cities and the average cost of housing there.

The Netherlands — it is not only Amsterdam. There are more than 20 cities in this country, and property prices in each of them are different. We found out in which cities in this country you can buy cheaper apartments, and we share this information with you. The analysis we conducted was based on data provided by the largest database, Numbeo.

By the way, in the Netherlands, there are no restrictions on foreigners buying property. However, to obtain a mortgage loan, you must live in the Netherlands and be registered in the municipality (gemeente). Read about the requirements and the possible size of the loan here.

A few facts about each of these cities

In Turkey, it is proposed to forbid foreigners to buy real estate. Why and when?

Apartments by the sea at a price between €15,000 and €24,000. A selection of inexpensive flats in Bulgaria
Realting.com uses cookies to improve your interaction with the website. Learn more
Yes, I agree

Interested in real estate in Netherlands?
Choose from 136 properties in our catalog
Go to catalog