All countries
Realting.com
Publications
Thailand is to impose taxes on foreigners
Share using: 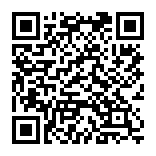 Thailand is to impose taxes on foreigners

From January 1, 2022, the Thai authorities are to introduce a tourist tax for foreigners. The tax will be 300 baht or $ 9.6. The funds received will be used for a so-called tourist fund (which can be used in emergency situations).

According to Piphat Ratchakitprakarn, the Thai Minister of Tourism and Sports, the decision to create such a fund is a result of the pandemic consequences. The project has been approved by the country’s National Tourism Policy Committee. The fund is supposed to help the tourism industry to cope with the uncertainty of the near future.

The minister believes that if about 20.8 million tourists visit the country next year, this will lead to a replenishment of the fund by 6.2 billion baht or $ 198.7. At the same time, the main task of the ministry is to attract about 3-4 million foreign tourists.

The initiative with the introduction of the tourist tax was taken by the Ministry of Tourism in May 2019. Back then it was noted that the tax funds should be used to support the most famous sights, as well as to provide medical assistance to foreign tourists who get sick or injured during their vacation. As a result, the initiative was postponed due to a decrease in the tourist flow. Thai authorities have decided to revive it, as tourism in the country had begun to improve.

Join our Facebook group
Read also
Even less taxes and more benefits. How Cyprus attracts new companies
In Poland, you can buy an apartment on credit without an initial deposit. A new governmental program starts on May 27
200-euro fines to be introduced for empty private apartments in the Czech Republic
In Spain, non-residents are denied discounts when paying tax on income from renting out their housing
Cyprus to introduce a tax for real estate sales
EU countries with the highest housing and maintenance costs
We begin a series of articles on the currency legislation in Russia. Who needs to notify the Russian tax authorities about foreign accounts?
The draft law on mediation in real estate in the Czech Republic has been adopted in the second reading
Realting.com uses cookies to improve your interaction with the website. Learn more
Yes, I agree

Interested in real estate in Thailand?
Choose from 3 095 properties in our catalog
Go to catalog