All countries
Realting.com
Publications
The demand for micro-apartments is on the rise in Finland
Share using: 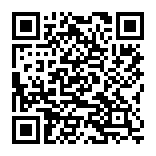 The demand for micro-apartments is on the rise in Finland

Apartments with little living space continue to be in high demand in Finland even though they provoked mixed reactions when they first appeared on the Helsinki housing market. Most Finns felt that such tight spaces were not suitable for a fulfilling life, even with a perfectly planned layout.

Now micro-apartments are actively bought by Finnish citizens. This change is largely due to the growth in housing prices — the fastest trend in the country over the past 10 years. According to experts, real estate will soon absorb up to 1/3 of the income of a typical Finnish family.

For many years, the Finnish authorities have been trying to rectify the situation with the decreasing population. As it is nowadays, the citizens of this country are not having enough children to maintain the social security system.

Micro-apartments can only exacerbate the problem. It is physically difficult to live in them with another person due to the limited space they provide. A cramped living space can also constantly put psychological pressure on its tenants, constantly reminding them of their poor financial situation, which will seem even worse. In such circumstances, the question of having children will be constantly postponed.

What are the prospects?

The main advantage of micro-apartments is their availability. For example, by renting them, young people will be able to live close to the central parts of cities. In addition, rental rates for this type of real estate are gradually stabilizing.

Thus, micro-apartments are not exactly what couples want in order to start a family, but they are an excellent option for single, young, middle-class people who want to live close to the center of the capital.

Join our Facebook group
Read also
Prices for real estate in Odessa are going up, what should we expect? The analysis of real estate market and the selection of cheap offers
Do you want to buy a cheap apartment in Switzerland? Everything is possible, but in 20 years
Why are they so special? The unique flats are selling in the «Promenade» residential complex in Minsk
Living on a resort, and even with a view of the mountains? You can buy a dream apartment in Bulgaria for only $48,000
«Poles are in no hurry to buy apartments, whereas Belarusians and Ukrainians are being interested.» What's new on the real estate market in Poland?
Another small village in Italy initiated a sale of houses for just 1 euro
We found apartments with magical views from the windows.The cheapest option costs €52,500
Real estate in Batumi on the first line is rapidly getting cheaper
Realting uses cookies on Realting.com to analyse usage of the website and to enable content sharing on social media. Cookies may be placed by third parties. By closing this message and continuing to use the site you consent to Learn more
Yes, I agree

Interested in real estate in Finland?
Choose from 778 properties in our catalog
Go to catalog