All countries
Realting.com
Publications
What are the best European countries to live out your retirement?
Share using: 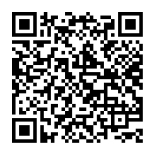 What are the best European countries to live out your retirement?

The consulting company Blacktower Financial Management Group presented its annual rating of the European countries in which it is most comfortable to retire.

Finland opens the list, just like last year. It is in the country of Suomi that retired people live the best. Spain broke into second place in 2021, overtaking Slovenia, which, accordingly, moved to the third position in the ranking.

The Netherlands climbed to fourth place this year (from a modest 7th in 2020). The fifth position is also a record holder: Italy, which last year came only in 10th place in the rating.

This jump in Italy and the Netherlands knocked the rest of the list down one notch. The order in the ranks of the rest remained almost unchanged, except for the fall of Estonia, which changed places with the Netherlands, moving from 6th to 10th place. The list looks as a whole looks the same as last year:

When ranking states, as always, the experts took into account the general standard of life, life cost and expectancy, age of the population, housing prices and social situation.