Rising prices at gas stations and grocery stores. The World Bank forecast, which affects everyone 2022 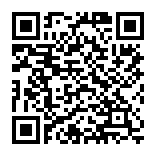 Rising prices at gas stations and grocery stores. The World Bank forecast, which affects everyone

Peter Nagle, Senior Economist at the World Bank Group, outlined the changes that have already taken place since the beginning of 2022. In particular, rising prices for primary goods, changes in global trade models, production, and consumption. How will costs for all categories of goods, energy resources, and essential products change? UN News publishes the World Bank forecast.

— This is a significant reflection that both Russia and Ukraine are major exporters of primary goods. However, we saw the prices rise even earlier when the economy opened up after COVID-19 lockdowns.

Now, we witness an extensive increase in costs not only for energy but also for food. This will have serious economic and humanitarian consequences.

In 2023, the price is expected to drop to $92, which is significantly higher than the five-year average of $60 per barrel. European natural gas costs in 2022 will be twice as high as in 2021. Coal prices will rise by 80% with both indicators reaching a historic high.

According to the World Bank Group forecasts, a 40% increase in the wheat price is possible in 2022, which reflects the importance of Russia and Ukraine as exporters. Together, they account for about a quarter of the world’s wheat export. Now, export from Ukraine is distinctively affected. The increase in the prices is relevant for the Middle East and North African countries, as they receive a significant part of wheat from Russia and Ukraine.

— This means an increase in prices at gas stations, as well as in grocery stores for an average consumer. This is especially unwanted for the poorest families, as they spend most of their income on food and energy, and therefore are exceptionally vulnerable to such changes,» — highlighted Peter Nagl.

Subscribe to our Telegram channel
Read also
You can live by yourself or rent it out. A selection of cheap flats in Montenegro from €42,000
Montenegrin citizenship for investment — how much time is left and how to choose a property? An expert answers the most popular questions
The European Central Bank predicts a fall in the value of real estate in the EU
A house overlooking an endless forest. A cozy cottage for sale in Hungary for €29,000
Leather sofas and hookahs are included in the price. Brutal bar for sale in the Czech Republic for €157,000
It has become easier to move to Latvia: visa applications for remote employees open
In Finland highly qualified specialists and entrepreneurs will be able to obtain a residence permit in a shorter period of time
«In 2-3 years they will be 40% more expensive». The expert names top 5 trendy new buildings in Northern Cyprus
Realting uses cookies on Realting.com to analyse usage of the website and to enable content sharing on social media. Cookies may be placed by third parties. By closing this message and continuing to use the site you consent to Learn more
Yes, I agree

Interested in real estate in Spain?
Choose 21 894 properties in our catalog
Go to catalog