Norwegian authorities have tightened the requirements for permanent residence applicants 2021 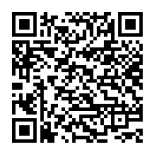 Norwegian authorities have tightened the requirements for permanent residence applicants

Since 2020, Norway has raised the residence requirement for the right to permanent residence from three to five years for a certain number of categories of immigrants.

Why did this happen?

The Norwegian FrP party, which advocates an anti-immigration policy, despite leaving the coalition government at the beginning of 2020, still actively continues to influence important decisions of the country’s authorities. As a result, the Norwegian government is once again tightening its immigration policy in order to push through a deal to approve the budget for 2021.

According to the digital journal Life in Norway, for some categories of immigrants the residence requirement for the right to permanent residence will be raised from 3 to 5 years.

Who will be affected by the amendments?

The changes apply to refugees from non-EU member states and to foreigners who have received a residence permit on the basis of family reunification. For asylum seekers, the changes mean the following: if the situation in their home countries improves, then the Norwegian authorities can revoke the residence permit and send foreign citizens back home.

A permanent residence permit allows immigrants to stay indefinitely in Norway. The idea is that people who have moved to Norway, learned the language and got a job should have the right to stay. They should not be required to renew their employment or other permits every year. Until now, applicants for permanent residence were required to permanently reside in Norway for the past three years and have a valid residence permit.

When do the amendments take effect?

The changes will affect all applications for permanent residence that were submitted starting from December 1, 2020. However, any applicant who, as of December 1, has fulfilled all the requirements for obtaining permanent residence under the previous system (i.e., had a three-year residence permit), can still apply under the previously existing rules. In this case, the application should be submitted until February 1, 2021.

What should you know

In 2018, the Norwegian authorities obliged all immigrants at the legislative level to learn the official language of the country. In 2016, in order to reduce the flow of people wishing to stay in Norway, many refugees were paid for returning to their homeland.

As a postscript, the researches have shown that Norway is the best Scandinavian country regarding the reintegration of immigrants.

Interested in real estate in Norway?
Choose 17 properties in our catalog
Go to catalog