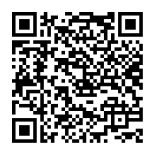 Prices for Serbian real estate continue to go up. According to the latest reports from realtors, the price of a square metre in Belgrade’s new building varies between 1,200 and 3,250 euros, the average cost is €2,220. Experts predict that there won’t be any stabilisation in property costs in Serbia, and the prices are expected to go up continually.

At the time of posting this article, one of the most affordable residential properties in Belgrade is a small flat of 21 square metres with the price of €17,000, which is less than a thousand euros per square metre. Here in the city, a slightly bigger flat of 24m² is for sale, but for a disproportionately high price. The seller wants €39,600. These two examples illustrate the diversity of the real estate market in the Serbian capital.

In the city centre, you can find a studio apartment of 38 sq. m. for less than €117,000, while two-bedroom options start from €49,500. The premium real estate is also well represented, for example, in the promenade area of Belgrade. Here, a flat with a total area of 60m² costs about 492 thousand euros.

How do things go in the real estate market of neighbouring countries?

In Sarajevo, the capital of Bosnia and Herzegovina, a square metre in a two-room flat may cost little more than a thousand euros. For example, in a house built in 1935, a 62m² flat was sold for €63,900.

In Budapest (Hungary), prices are higher — for a square metre you will have to pay on average €2.52 thousand.

In Vienna, the Austrian capital, prices are even higher in comparison with Serbian — some flats here are offered for €6,500 per sq m. For example, a two-bedroom apartment of 70 sq m will cost at least €50,000.

And in Bucharest (Romania) for a square metre sellers want over € 1.5 thousand, you also can find options in new buildings for € 1.1 thousand per square metre. or even less. For example, a 52 sq. m. property was offered for €56,000.

Property prices in Serbia are less or more similar to the prices in neighbouring countries, but a lot depends on the location, property class and city.

Join our Facebook group
Read also
«It's a very gambling game right now.» How to become a digital landowner and make money on it
Incredible project and fascinating history — a unique weekend home for sale in Latvia
Modest accommodation with 6 bedrooms. A very special apartment sells in Israel
The beach is only 7 minutes’ walk away. In Spain the €55,000 flat is for sale
Realting uses cookies on Realting.com to analyse usage of the website and to enable content sharing on social media. Cookies may be placed by third parties. By closing this message and continuing to use the site you consent to Learn more
Yes, I agree

Interested in real estate in Serbia?
Choose from 15 properties in our catalog
Go to catalog