All countries
Realting.com
Publications
Experts predict that major provinces in Thailand are bound to have a promising future
Share using: 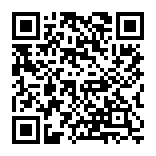 In 2022-2023, the housing sector of Thailand in the territory of 6 major provinces will increase due to the fact that developers will reduce the prices of new properties. The evidence to this prediction is the results of research conducted by Krungsri Research. According to experts, the most favourable prospects are awaiting Chiang Mai, Phuket, Rayong, Khon Kaen, Chon Buri and Nakhon Ratchasima.

At the moment developers are engaged in the construction of about 100 thousand residential properties. Yet there are no buyers who are willing to purchase them. As a result, the number of new projects launched this year won’t exceed the numbers of the previous year.

In addition to reducing prices, developers give a lot of attention to the projects with low-rise buildings. Such projects will be targeted at buyers who work remotely from home. Besides, this type of property is supposed to become affordable for most local residents.

Experts predict that the construction of new residential properties this year will decrease by 35.7%. This is due to the fact that the amount of applications submitted for obtaining construction rights for the period from January to October 2020 decreased by 54.7%. In general, the Thai housing sector expects the following prospects in the coming years: