All countries
Realting.com
Publications
Among digital nomads Americans are the most numerous, Russia and Canada are in the third place
Share using: 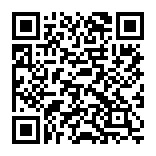 Among digital nomads Americans are the most numerous, Russia and Canada are in the third place

The IT-industry is rapidly developing, and the list of the specialisations in this field is extending. Only a short time ago we found out what being a digital nomad means, but today we already can speak on the prospects of this profession.

Visaguid.world reports that as of March 2022 52% of all specialists among digital nomads were Americans. According to a survey conducted by international data collector Statista, in total 9 991 or 52% of 14 214 respondents were Americans, while the representatives of other nationalities averaged less than 5% which is around 1000 digital nomads.

«Digital nomads usually combine remote work and travelling for different purposes. Being passionate about travelling and new adventures, they know how to use new technologies to the maximum. All they need is a connection to the Internet to work from any point in the world» — explains Statista.

The second place in the list goes to the United Kingdom which has 8% of all representatives among digital nomads. Next on this list are Russian and Canadian citizens who make 5 and 4 percent correspondingly, while Germany and France make 3 percent of the specialists in this field each.

Moreover, 6 percent in total are citizens of Australia, Brazil, and the Netherlands (2% or 300 people each). At the same time, digital nomads from other countries like Spain, Ukraine, India, Poland, Switzerland, Italy, Austria, Sweden, Ireland, Israel make only 1 percent of the total number in the world.

Where IT specialists live well. Experts on where IT professionals relocate to and where there is a willingness to accept them

For reference. In 2021, there were a total of 35 million digital nomads worldwide, with the number of US digital nomads doubling in recent years. Specifically, the total number in the United States increased from 4.8 million in 2019 to more than 11 million in 2021.

Do you want to buy a flat in the US? Visit the «Real estate in the USA» section and choose from thousands of options.

Join our Facebook group
Read also
«It’s incredibly expensive to rent an apartment in London, but it’s not the biggest problem.» Personal experience: how to move to the UK and what to expect
In Thailand, foreign qualified specialists and investors will be able to obtain a 10-years visa
Portugal is short of labor. How is the country going to attract foreigners?
Where IT specialists live well. Experts on where IT professionals relocate to and where there is a willingness to accept them
How can non-EU residents relocate a business to Spain or register a new one there? Here’s what an expert says
European Commission plans to simplify the granting of residence and work permits to qualified workers from third world countries
In Finland highly qualified specialists and entrepreneurs will be able to obtain a residence permit in a shorter period of time
Argentina and Montenegro lend a helping hand with residence permits for IT relocators
Realting.com uses cookies to improve your interaction with the website. Learn more
Yes, I agree