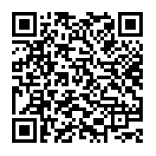 In Greece, digital nomads will be able to apply for visas as early as this summer. The Ministry of Migration is now actively developing a corresponding bill.

The Greek authorities seem to have taken this step after studies had shown that the country lags behind other states in terms of attracting remote workers. Greece was ranked 50th out of possible 85.

Experts predict that the number of digital nomads on the entire planet will have reached 1 billion people by 2035. At that rate, if Greece manages to attract about 100 thousand remote workers annually (those who do not leave the country for at least six months), its net annual revenue will be $1.3 billion. According to a recent report from the Massachusetts Institute of Technology, such profits would be comparable to the monetary infusion from 2.5 million tourists arriving for just a week .

The visas to be issued will be targeted primarily at digital nomads coming from Great Britain. The Greek government assumes that the country’s exit from the European Union will lead to a large number of professionals in the labour market, who will be looking for job opportunities in other countries. Visas for British digital nomads will be issued with an initial term twice as long as for citizens from other states.

Apart from Greece, remote workers can live in the following locations:

Subscribe to our Telegram channel
Read also
Montenegrin citizenship for investment — how much time is left and how to choose a property? An expert answers the most popular questions
It has become easier to move to Latvia: visa applications for remote employees open
In Finland highly qualified specialists and entrepreneurs will be able to obtain a residence permit in a shorter period of time
New rules for issuing residence permits to foreigners in Cyprus
Turkey introduces a minimum cost of investment in housing for obtaining a residence permit
Argentina and Montenegro lend a helping hand with residence permits for IT relocators
Realting uses cookies on Realting.com to analyse usage of the website and to enable content sharing on social media. Cookies may be placed by third parties. By closing this message and continuing to use the site you consent to Learn more
Yes, I agree