Athens is seeing an explosive demand for luxury real estate 2021 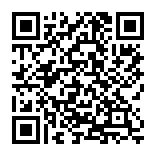 Athens is seeing an explosive demand for luxury real estate

Luxury real estate in the suburbs of the Greek capital and on the Athenian Riviera is back in demand. These are the conclussions the employees of the brokerage firm Berkshire Hathaway HomeServices reached. According to them, in recent months, the number of premium-class housing purchases has increased dramatically. Clients’ interest has spread to all areas where prestigious homes with luxury furnishing and all necessary commodities are traditionally located. Paleo Psychiko, Filothei, Kolonaki and Kifisia/Ekali were among the top choices.

According to the data BHHS have gathered, potential Greek investors and residents of other countries are paying attention to luxurious modern buildings in areas such as:

Most of the buyers are businessmen and wealthy people from Asia. Among their preferences are the picturesque coastal area, as well as the northern areas of the city and the island.

BHHS analysts have identified 3 groups of people interested in local real estate. The first group is made out of American and Middle Eastern investors. They buy the most expensive villas, apartments and cottages in the southern outskirts of Athens and on the popular islands. The second group would be immigrants from Russia, China, Turkey and Southeast Asia. They buy housing with the condition of obtaining a residence permit under the Golden Visa state program. The third group are Europeans who are interested in the fastest possible profit. They choose real estate that can be leased profitably in order to receive a stable income.

Join our Facebook group
Read also
Prices for real estate in Odessa are going up, what should we expect? The analysis of real estate market and the selection of cheap offers
Do you want to buy a cheap apartment in Switzerland? Everything is possible, but in 20 years
Why are they so special? The unique flats are selling in the «Promenade» residential complex in Minsk
Living on a resort, and even with a view of the mountains? You can buy a dream apartment in Bulgaria for only $48,000
«Poles are in no hurry to buy apartments, whereas Belarusians and Ukrainians are being interested.» What's new on the real estate market in Poland?
Realting uses cookies on Realting.com to analyse usage of the website and to enable content sharing on social media. Cookies may be placed by third parties. By closing this message and continuing to use the site you consent to Learn more
Yes, I agree

Interested in real estate in Greece?
Choose from 28 160 properties in our catalog
Go to catalog