«Georgians move in with relatives, and their apartments are rented to immigrants from Russia and Belarus.» We have learned what is happening in the Georgian real estate market 2022

All countries
Realting.com
Publications
«Georgians move in with relatives, and their apartments are rented to immigrants from Russia and Belarus.» We have learned what is happening in the Georgian real estate market
Share using: 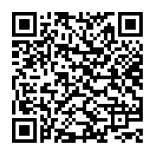 «Georgians move in with relatives, and their apartments are rented to immigrants from Russia and Belarus.» We have learned what is happening in the Georgian real estate market

The hospitable Georgia is now in the top of the countries where Russian-speaking citizens are moving. Taking recent events into account, there are especially many Russians and Belarusians among the new arrivals. The reasons for Georgia’s popularity are clear: the lack of a visa, a minimal language barrier, a close mentality, a good climate. Previously, it was believed that low prices for rent and purchase of housing could be added to this list. But the situation has changed — now the Georgian real estate market is going through unprecedented times.

«Georgia is closer to us in mentality, in religion — everyone is Orthodox here»

Irina, together with her husband and their child, has moved to Georgia quite recently. Now their family lives in an apartment (at first they were provided by the company where Irina’s spouse works).

— We were offered four countries as possible places to relocate in my husband’s company. We could choose between Armenia, Kazakhstan, Turkey and Georgia. We chose Georgia. They believed that this country is closer to us in mentality, religion — everyone is Orthodox here, as are we, and it is closer to Russia, where my relatives live.

Now Irina and her husband have only started searching for rental housing for long-term residence.

— Now the situation is quickly changing — taking into account the colossal influx of people, the prices are growing very quickly. My brother found himself a one-bedroom apartment for $250 a month in one day. Now some owners are asking for $1000 a month for these apartments, already. In general, I think, it is still possible to find something for $500. Georgians themselves told us that against the background of excitement, local people raise prices, striving to earn money on the situation. They say that some owners even temporarily move to relatives’ homes to rent out the apartments in which they themselves live. For them, the arrival of Russians and Belarusians is a chance to earn additional money. Generally, now there is a big influx of people and it is getting more difficult to find a place with each passing day.

Irina says that they do not plan to go anywhere further. The family is going to live in Georgia for at least the next year. Neither Irina nor her husband have encountered any negativity in their address (due to them speaking Russian).

— In shops and cafes we are served absolutely normally. Taxi drivers vary: there are some who are friendly and sociable, but there are also those who, having heard us speaking Russian, are silent all the way. The owner from whom we are renting treated us with understanding. She is worried about what is happening in Ukraine and fears that the aggression may spread further to Georgia. At the same time, she understands that it is not our fault. In general, Georgians are very hospitable. For example, when we first arrived, it was early in the morning. The owner of the first apartment could not check us in right away, as all the rooms were occupied. So he invited us to his house so that we would not have to wait outside. Turns out his wife is from Minsk. We were fed, given a cup of tea and then taken to the apartment. I will speak about the attitude of Georgians to children separately. In Belarus, it is somehow not customary for us to be pleasant to other people’s children. Here, though, my son (he is almost 4 years old) is smiled at by everyone, everybody wants to rub his cheeks and say some pleasant words.

Speaking about prices, the young woman noticed that they are about the same as in Belarus. Only dairy products are much more expensive — milk, cottage cheese, sour cream. But fruit and vegetables can be found cheaper than at home. The director of the real estate agency MBG Iya Maharadze also speaks about a collapse in the market of rented real estate in Georgia. The representative of the agency notes that in recent weeks she has been receiving hundreds of calls every day — the phone is just burning with calls from clients who want to find an apartment in Tbilisi. They have mostly arrived from Belarus and Russia.

— Now, in Tbilisi and Batumi, almost all rental apartments are taken. It is very difficult to find housing in the center of the Georgian capital and in popular areas. There are no offers below $600 per month in Tbilisi. The only way out is to look for apartments on the outskirts or even in other cities. For example, in Kutaisi.

Iya Maharadze says that many visitors rent apartments for 2-3 months to begin navigating the new country and try to figure out whether they will stay here further. Those who have left Belarus and Russia are not interested in buying real estate in Georgia yet. In addition, immigrants have problems with bank cards and money transfers from Russia and Belarus.

— In general, the purchase/sale of real estate in Tbilisi is currently on pause. Due to the military events in Ukraine, some buyers have suspended deals and are waiting to see what happens.

At the same time, the Georgian real estate market has been actively developing in recent years. Except for the months of the pandemic, when the country was virtually closed, investments in Georgia’s real estate were and remain profitable. This is facilitated by the rapid growth of tourism and the associated boom in the construction industry. The March jump in rental prices (now they have reached the level of the summer season) also demonstrated that real estate in Georgia can bring high income to its owners.

In addition to the wave of immigration related to the political situation in Russia and Belarus, tourists, IT specialists and freelancers from different countries continue to travel to Georgia. The country attracts travelers with low prices (compared to Europe), the sea and the sun, ski resorts, interesting sights.

To get to Georgia, citizens of Russia and Belarus do not need a visa. You can arrive here by plane or by car. The head of the MBG Group agency says that prices for the purchase of real estate in Georgia have only increased in recent years:

— Investing in new buildings in Tbilisi and Batumi is profitable. Real estate here is worth a few percent points every year. If you consider a resort area by the sea, then there are prices for apartments in new complexes now that average $800-900 per square meter. It will be a «black frame» — that is, housing without repair. If we are talking about apartments with a «white frame» or a complete finish, then this cost can be multiplied by two.

It should be noted that most of the offers on the real estate market in Batumi are small studio apartments (up to 30 squares meters) designed for short-term rent. Such apartments are popular in the summer season, when thousands of tourists visit the resort town. At the same time, real estate agents emphasize that the city lacks apartments with 1-2 bedrooms — such housing is in demand for families with children.

As for new buildings in Tbilisi, prices for them have increased by about 10% over the past couple of years. In the central districts, the cost of a sq. meter in apartment buildings under construction can reach $1200-1400; on the outskirts, it will be cheaper.
Apartments in Georgia are sold in the local currency — lari, but ads are put up in dollars. By the way, the purchase of real estate in Georgia for a certain amount grants you the right to receive a short-term or permanent residence permit. There are no obstacles for foreigners when buying real estate. The document fulfilling process is not complicated and does not require any large time or financial investments. Looking to buy an apartment in Tbilisi or find accommodation in Batumi? Go to the Georgian Real Estate section and choose the one that suits you best from thousands of options.

Subscribe to our Telegram channel
Read also
Montenegrin citizenship for investment — how much time is left and how to choose a property? An expert answers the most popular questions
The European Central Bank predicts a fall in the value of real estate in the EU
A house overlooking an endless forest. A cozy cottage for sale in Hungary for €29,000
Leather sofas and hookahs are included in the price. Brutal bar for sale in the Czech Republic for €157,000
«In 2-3 years they will be 40% more expensive». The expert names top 5 trendy new buildings in Northern Cyprus
«Today you can buy an apartment for $170,000, even though it cost $300,000 before the war». Realtor on Ukraine’s real estate market
Turkey introduces a minimum cost of investment in housing for obtaining a residence permit
Argentina and Montenegro lend a helping hand with residence permits for IT relocators
Realting uses cookies on Realting.com to analyse usage of the website and to enable content sharing on social media. Cookies may be placed by third parties. By closing this message and continuing to use the site you consent to Learn more
Yes, I agree

Interested in real estate in Georgia?
Choose 1 894 properties in our catalog
Go to catalog