All countries
Realting.com
Publications
Things the People of Belarus are Proud of. Heritage
Share using: 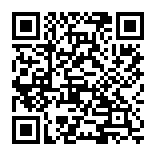 Things the People of Belarus are Proud of. Heritage

If you visited many countries of Europe, and while deciding where else to travel you suddenly spotted Belarus on the map, then let us tell you about the things convincing you not only to come to this small but very hospitable country, but also consider moving here.

Belarusians call their country "blue-eyed". On the territory of the country there are about 11 000 lakes and 20 800 rivers. It is more than 30 000 water bodies with excellent fresh water. The largest rivers are the Berezina, the Dnieper, the Sozh, the Pripyat, the Neman, the Western Dvina, the Bug, the Goryn and the Viliya. Therefore, an image of a house on the shore of some reservoir is totally normal for almost all the citizens of the country.

Forests cover around 40% of the territory of Belarus. If you think that the Belovezhskaya Pushcha is in Poland, then you should know that 1/3 of the Pushcha lies on the territory of Belarus. Here is also Belaya Vezha, in honor of which this famous forest is called. Today the population of Belovezhsky bison is actively reintroduced. Now there are more than 1400 individuals roaming over the expansive landscape of the Pushcha.

The biggest swamps in Europe are also in Belarus. Under the swamps lies 14.1% of the country's area, with colossal reserves of raw peat and sapropel. The flora and fauna of the Belarusian swamps is a naturalist`s paradise. Due to the fact that the total area of swamps and forests is half the territory, Belarus is often called the "lungs of Europe".

History and the People

Until the 16th century, the inhabitants of Belarus were called the Litvins. According to the number of treasures found during the year, Belarus is still a leader among the countries of Europe. The number of big and small wars in Belarus is hard to count. So, having bought a house with a plot in Belarus, you can easily find a real treasure.

Belarusians are proud of their beautiful, clean and well-kept cities, which literally rebelled from the ruins after the World War II. The longest street in Belarus is Independence Avenue in Minsk. This is one of the last neoclassical ensembles in the world architecture, an applicant for inclusion in the UNESCO World Heritage List.

The National Library of the Republic of Belarus was opened in Minsk in 2006. It is one of the world`s largest libraries.

Belarus is one of the most "educated" countries in the world. According to the UNESCO rating, it occupies the 8th place with 99.6 percent of literate people among the adult population.

Among the peoples of Europe, Belarusians were the first to print the Bible. This was done by Francisk Skorina, who was a Belarusian scientist, doctor, public figure, entrepreneur and a printing pioneer.

The most famous Belarusians and people from Belarus in the world:

Belarusians are called "bulbash" for their love of potatoes. The traditional dish of Belarus is traditionally considered to be pancakes, famous pancakes from grated potatoes. In the national cuisine of Belarus there are 300 dishes from potatoes.

Interested in real estate in Belarus?
Choose from 14 649 properties in our catalog
Go to catalog