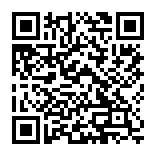 One of the largest investment banks UBS called Moscow the city where the real estate market can be considered overvalued. Over the past three years, the city’s risk assessment has increased ninefold. The highest probability of a housing bubble is in Munich and Frankfurt.

The highest risk of a housing bubble on the market, as in the year 2019, turned out to be in Munich: the Bank’s evaluation was 2.35. Last year it was 2.01. The second place was taken by Frankfurt am Main in Germany, which due to its index last year was ranked fifth. If in 2019 its estimation was 1.71, this year it escalated to 2.26. Toronto closes the top three, one position lower than last year, its estimation changed from 1.86 to 1.96. The list of other cities at risk of a housing bubble also includes Hong Kong, Paris, Amsterdam, and Zurich.

Moscow is one of those cities where UBS considers the real estate market to be overvalued. While in 2018, the Bank called the cost of housing in the city objective. If in 2018, Moscow’s estimation was only 0.07, in 2020 it escalated to 0.66 — an increase of more than nine times. UBS also considers the market to be overvalued in Vancouver, London, Tokyo, Los Angeles, Stockholm and other cities. In New York, the risk of a housing bubble is even lower than in Moscow — an estimation of 0.56. The objective price level, according to the Bank, is in Boston, Singapore, Madrid, Warsaw, Milan, and Dubai. While prices are reducing only in Madrid, San Francisco, Dubai, and Hong Kong. Real estate in Chicago is undervalued as well. Paris, London, Singapore, Tokyo, Tel Aviv, and New York are the cities where the property is almost inaccessible because it takes more than 10 years to purchase it.

UBS pointed out that the real estate market is experiencing the coronavirus relatively well, with house prices growing, even escalating this year. One of the main trends is that people have started to change their housing preferences: because of the widespread remote work, life in the suburbs is becoming more attractive, as opposed to expensive city centers.

The risk of the housing bubble is growing during the pandemic due to the ongoing price increase, despite warning signs, quotes the UBS Bloomberg report. Government support for household incomes and the real estate market, along with low key rates and the suspension of bankruptcies, led to a price increase, said the Bank. «It is obvious that the current acceleration is unstable. The cost of rent is already going down in most cities, which means that the correction stage will probably come when subsidies stop, and the pressure on household incomes will increase,» reports Bloomberg.

UBS advised investors to think of selling real estate and also think about other investments that will provide high revenue.