All countries
Realting.com
Publications
Buying property in Paphos — the most prestigious resort on the island of Cyprus
Share using: 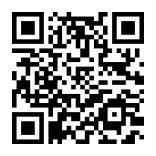 Paphos is located in the southwestern part of the island of Cyprus and covers an area from the Mediterranean coast to the majestic and picturesque Troodos mountain range. According to legend, it was here many centuries ago that the beautiful Aphrodite emerged from the sea foam. The place where the goddess of love and beauty appeared is marked with a round dark stone. Its majesty and sophisticated beauty are emphasized by the nearby sharp-pointed rocks, washed by gentle sea waves.

But this is not the only attraction of the resort with ancient history. It also houses the Tombs of the Kings — the oldest necropolis with a total area of 200 thousand square meters. This historical and cultural monument is part of the unique archaeological park of Kato Paphos, included in the UNESCO World Heritage List in 1980. On the same territory are the villas of Dionysus, Eon, Orpheus and Theseus, decorated with unique mosaics, Forty Columns Castle and other ancient monuments. Not far from the city port are the catacombs of St. Solomon. They are among the top most popular Christian shrines of the island of Cyprus.

In terms of prestige, Paphos is ahead of all other local resorts. This is the city of choice of wealthy Cypriots, rich foreigners, movie stars and celebrities. Paphos is not adapted to children’s vacation needs. The entire infrastructure here is tuned to meet the most sophisticated needs of wealthy guests from different countries.

A brief history of a unique resort

The first settlement on this territory appeared during the Neolithic period. After the end of the Trojan War around the XII century BC, the famous commander Agapenor arrived on the island. He founded a city here and erected a magnificent temple in honor of Aphrodite. This site attracted many people from other cities, turning Paphos into a powerful and significant cultural and social center.

Many years later, a ruler named Nikokles brought the city closer to the coastline. Because of this, the territory was divided into new and old parts. Today they are connected by St. Paul’s Ave.

In the 4th century, Paphos was governed by Egyptian rulers from the Ptolemaic dynasty. Then Paphos came under Roman jurisdiction and became the seat of the imperial proconsul. Under the Romans, the largest archaeological monuments were erected here, which have now become the hallmark of the resort. Paphos lost its capital status during the Byzantine Empire. Then the city repeatedly changed its name, experienced ups and downs, but always retained its uniqueness and special charm.

The areas of the prestigious resort

The city consists of two parts. Kato Paphos (Lower/Neo/New Paphos) stretches along the coastline. There are numerous attractions, fashionable hotels, bars and restaurants, discos and souvenir shops. Pano Paphos (Upper/Ktima) is located on a hill. There are concentrated administrative and commercial buildings, a market and shops.

Local authorities do not spare money for the development and improvement of the comfort of the coastal zone. In 2010, the embankment was reconstructed. As part of the project, the following was done:

To increase the safety of vacationers, the walking area was separated from the roadway by columns.

Modes of transport and fare

Paphos is convenient for walking and cycling. You can get to any part of the city by bus. In the summer they run every 10-20 minutes.

The bus operating procedure and a detailed description of the current routes can be found on the carrier’s website. Tickets cost 1.5 €. For a pass for the whole day until 23:00, you will need to pay 5 euros; for a weekly pass, 15 euros. A ticket for night bus routes will cost 2.5 €.

For a trip to the center of Paphos by taxi, you will have to pay from 5 to 20 euros. Departure from the city will cost even more.

Most of the resort beaches are sandy or rocky. It is not convenient to enter the sea everywhere. In many places you have to move along the rocky coast to get to the cherished water. The class of the hotel does not always guarantee comfortable and easy access to the sea.

The most popular is the sandy beach area in Coral Bay. Another prestigious beach with a magnificent natural panorama and a reserve of green sea turtles is located in the cozy and intimate Lara Bay.

To purchase finished housing with VAT on the primary market, you should select an object and pay a deposit for it (a certain percentage of the total cost). This step allows the buyer to reserve a home. A local lawyer provides legal support for the transaction. You will need to conclude an agreement with the attorney and provide them with a power of attorney to represent your interests.

The residential object is reserved for a period of 30 to 45 days. During this time, the buyer’s representative does the following:

When all the formalities are completed, the buyer comes to Cyprus, signs the documents and pays 50% of the total price of the property. Then you need to pay Stamp Duty and deposit the contract with the Land Office.

After that, the lawyer prepares an application to the Cyprus Council of Ministers to obtain permission to purchase real estate. Approval is issued if the buyer has had no problems with the law and is purchasing their first home in Paphos. The last condition is relevant for customers from countries outside the European Union.

At the same time, the lawyer draws up a request for a VAT exemption. It is provided within 14 days. After that, the client transfers the remaining part of the property’s value to the seller, receives the key to their new property and becomes its rightful owner.

The State Land Committee reviews the completed housing and issues a Title Deed. Having received the document, the buyer pays the Transfer Free tax and becomes the registered owner of the apartment.

In some cases, the individual steps of the above scheme are changed. This happens if:

How much is property in Paphos?

Subscribe to our Telegram channel
Read also
Montenegrin citizenship for investment — how much time is left and how to choose a property? An expert answers the most popular questions
The European Central Bank predicts a fall in the value of real estate in the EU
A house overlooking an endless forest. A cozy cottage for sale in Hungary for €29,000
Leather sofas and hookahs are included in the price. Brutal bar for sale in the Czech Republic for €157,000
«In 2-3 years they will be 40% more expensive». The expert names top 5 trendy new buildings in Northern Cyprus
«Today you can buy an apartment for $170,000, even though it cost $300,000 before the war». Realtor on Ukraine’s real estate market
Turkey introduces a minimum cost of investment in housing for obtaining a residence permit
Argentina and Montenegro lend a helping hand with residence permits for IT relocators
Realting uses cookies on Realting.com to analyse usage of the website and to enable content sharing on social media. Cookies may be placed by third parties. By closing this message and continuing to use the site you consent to Learn more
Yes, I agree