A country of mountains, music and castles. The most important facts about Austria 2020

All countries
Realting.com
Publications
A country of mountains, music and castles. The most important facts about Austria
Share using: 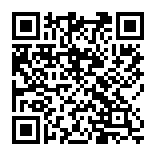 A country of mountains, music and castles. The most important facts about Austria

The land of beautiful mountains, wonderful composers and great gastronomy (one Viennese strudel is worth it). Today Austria has more than 8 million inhabitants, a developed economy, a decent standard of living and a large number of tourists who come here to ski or listen to the opera.

Where is Austria located?

This state has a beneficial location in Europe. It is located in the central part of the continent: between Germany, Czech Republic, Slovakia, Hungary, Italy, Switzerland and Slovenia.

Mountains occupy a significant part of territory here — the Eastern Alps extend over about 60% of the entire Austrian territory. The heights of local mountain peaks reach 3800 meters. However, this is one of the few landlocked countries in Europe. Its size is almost 84 thousand square kilometers. This allows it to occupy 112th place in size on the world map. What is the official language in Austria?

The main language is German. Until the beginning of the 20th century, the Austrians, together with the inhabitants of a number of modern European entities, were part of the empire known as Austria-Hungary. The Habsburgs who ruled this alliance were the most influential family of the time. Austria was part of Germany during World War II.

Which city is the capital?

20% of all Austrians live in Vienna. It is the largest city of the state which is also its center. What is the capital of Austria? Luxurious castles of the empire times, royal parks, famous opera houses. The real estate of Austria, with no doubt, is a profitable investment, because this state often falls into the top countries with the highest standard of living. In addition, the largest settlements include Graz, Linz, Salzburg and Innsbruck. To date, the nominal GDP per capita is about 46 thousand dollars. The state has a high human development index, is a member of the United Nations, the European Union and the Schengen Agreement. Since 1999, the euro currency has been adopted here.

Tourism and real estate of Austria

A significant percentage of Austrian GDP is tourism revenue. Here are dozens of famous ski resorts where fans of this sport come from all over the world to ski. Approximately 20 million people are welcome here per year. This is the 12th indicator of the world tourism rating. A large number of tourists is one of the reasons why Austrian real estate never loses value. In this area, the climate depends on the gained altitude. Mild summers and colder, snowy winters are on high ground. On the plains, the climate is temperate, turning into continental: summers are sunny, and winters are mild, European.

Subscribe to our Telegram channel
Read also
We slow down to improve quality of life. How «Happy City» is being built in Kaliningrad
Hiring an architect or a designer: what is the difference between these specialists and what services do they provide during the construction of property?
Elon Musk has rented a modest, one-room-size prefab house, estimated at just $50,000
Top 5 Architectural Trends 2021
3D-printed houses will be placed in Italy’s new settlements
The skyscraper of the future to be built in Dubai
The most eco-friendly city in the world with no cars is to be built
Prefabricated houses with Aliexpress: pros and cons and popularity forecasts
Realting uses cookies on Realting.com to analyse usage of the website and to enable content sharing on social media. Cookies may be placed by third parties. By closing this message and continuing to use the site you consent to Learn more
Yes, I agree

Interested in real estate in Austria?
Choose 252 properties in our catalog
Go to catalog