What is meant by «Balcans» and how to relocate there? 2021

All countries
Realting.com
Publications
What is meant by «Balcans» and how to relocate there?
Share using: 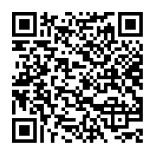 What is meant by «Balcans» and how to relocate there?

The internet is full of information about the fact that the Balkans is a hub for constant wars and politically motivated conflicts. However, this statement is not quite right: only a few places on the peninsula can be called hot spots (for example, the unrecognized Republic of Kosovo or Serbia).

Other countries in the Balkans, such as Montenegro, Greece and Bulgaria, are among the safest countries which attract many tourists and investors every year.

What areas does the Balcans comprise?

Geographically, the following countries belong to the Balkan Peninsula:

The last 2 countries are traditionally believed to be a part of Asia and Southern Europe respectively.

The peninsula is bordered on six seas: the Adriatic Sea, the Ionian Sea, the Marmara Sea, the Mediterranean Sea, the Black Sea and the Aegean Sea. Despite the fact that all countries are located on the same peninsula, each of them is one of a kind and has its own characteristics.

In this article, we pay attention to the 3 countries of the Balkans, which are in the highest demand among the users of our platform.

A country that combines the beautiful sandy beaches of the Black Sea coast and the best ski resorts. Bulgaria is one of the few republics of the Balkan Peninsula that is part of the European Union. For this reason, every year more and more foreigners are applying for a Bulgarian passport. There are several ways to obtain Bulgarian citizenship:

You can find more information about all the nuances of obtaining Bulgarian citizenship here.

It is worth noting that the Bulgarian residence permit doesn’t give grounds for visa-free entry and residence in the EU. Only people with Bulgarian citizenship have these advantages.

All foreigners are allowed to acquire property in Bulgaria. The restrictions are solely applied on the purchase of land and real estate with a land plot — such objects are available only to EU citizens.

The purchase of housing is not a basis for obtaining a Bulgarian passport, but it facilitates the obtaining of a multi-visa and provides a foreigner’s stay in the country for up to 180 days a year.

The cost of housing depends primarily on its location and type of property. Thus, the average price per square metre in Burgas is 834 euros, in the vicinity of Sunny Beach — 537 euros.

A wonderful country in the southern part of the Balkan Peninsula. Almost all year round, the inhabitants of Greece enjoy the warm weather and the golden beaches of the Azure Sea. There are several ways to obtain Greek citizenship, but the most popular one is investing in real estate.

Real estate in Greece has long been in demand among investors — having invested only 250,000 euros in the property, a foreigner becomes eligible for a Golden Visa. The document is issued not only to the investor, but also to all members of their family.

A hospitable country that welcomes tourists with its incredible nature. Montenegro is considered to be one of the most picturesque Balkan republics. Such a perspective has increased the demand for Montenegro citizenship. Many foreigners are seriously interested in the investment programme, which was launched two years ago.

According to the draft law, when purchasing a property under construction, a foreigner can apply for a passport of Montenegro. The investment amounts are as follows:

Montenegro is a perfect country for those citizens who want to buy a house by the sea for personal purposes. Prices here are lower than in the EU countries. There is also an opportunity of obtaining passive income from the real estate rent.

The cost of housing depends on its proximity to the sea. For instance, an apartment in Pòdgorica costs 80,000 euros. While an apartment with the same square footage in Budva costs about 150,000 €.

Join our Facebook group
Read also
New Zealand has developed a new visa for foreign investors
Prices for real estate in Odessa are going up, what should we expect? The analysis of real estate market and the selection of cheap offers
Do you want to buy a cheap apartment in Switzerland? Everything is possible, but in 20 years
Why are they so special? The unique flats are selling in the «Promenade» residential complex in Minsk
Living on a resort, and even with a view of the mountains? You can buy a dream apartment in Bulgaria for only $48,000
«Poles are in no hurry to buy apartments, whereas Belarusians and Ukrainians are being interested.» What's new on the real estate market in Poland?
Another small village in Italy initiated a sale of houses for just 1 euro
We found apartments with magical views from the windows.The cheapest option costs €52,500
Realting uses cookies on Realting.com to analyse usage of the website and to enable content sharing on social media. Cookies may be placed by third parties. By closing this message and continuing to use the site you consent to Learn more
Yes, I agree

Interested in real estate in Spain?
Choose from 24 342 properties in our catalog
Go to catalog