All countries
Realting.com
Publications
How the governments around the world are combating the oncoming crisis
Share using: 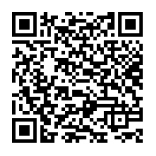 How the governments around the world are combating the oncoming crisis

The outbreak of coronavirus has threatened the housing rental market around the world: thousands of tenants may lose their «somewhere to live», landlords are under the looming threat of catastrophic financial losses. Most governments are urgently trying to minimize risks for both parties.

The UN reports: self-isolation at home during pandemic is an urgent need; therefore, it cannot be allowed that the crisis leaves tenants without a roof over their heads. Each state solves this problem in its own way.

Allowances. The Canadian government has allocated $ 19 billion to support citizens and businesses in jeopardy. Employees forced to stay home due to quarantine or for a child care who and not eligible for unemployment benefits are allotted up to $ 630 every fortnight. Low-income families receive one-time payments under the program.

Prohibition of eviction. In 10 American cities, to evict tenants during the epidemic period is officially banned. Since the requirement for landlords is getting widespread, the National Low Income Housing Coalition has launched a special online tracker to monitor the situation.

Ban on shutting down utilities. In Connecticut, it is temporarily prohibited to turn off utility services even to bad debtors.

Frozen rent. Thousands of Americans asked for freezing rents. In Oregon, a Council meeting was disrupted by the activists standing out for this relief, but the mayor of Portland called the initiative illegal. A petition with similar claims was signed in Ohio by more than 100,000 Americans. Residents of this state also call for payments on bills and mortgages.

Mortgage Holidays. In the UK capital, lenders gave a 3-month deferral of payments to the borrowers who suffered financial losses due to the pandemic.

Reduction of working hours. In Germany, in order to minimize the negative impact of COVID-19 on the market, they suggested retention of job positions while reducing the number of working hours. The authorities expressed their willingness to partially cover the employee expenses of the enterprises out of budget resources. According to forecasts, more than 2 million people will resort to the help of this public support program.

Homeless shelters. French authorities announced the opening of two isolation centers in Paris. They plan to cater more than 3,600 homeless people infected with coronavirus and unable to receive medical care in hospitals. This measure is aimed at protecting both homeless and healthy Parisians.

Subscribe to our Telegram channel
Read also
«The Hungarian real estate market is reviving». The opinion of an Otthon Centrum representative
«The closure of borders had the biggest impact on the real estate market.» The opinion of the Director of the Montenegrin company MONTBEL
How the Spanish real estate market changed during the coronavirus pandemic. Expert opinion
«Coronavirus, without a doubt, has made it harder to work in the real estate sector.» The opinion of the director of a real estate agency in Slovenia
«The residential real estate market in Warsaw remains dynamic.» How COVID-19 impacted the Polish real estate market
The Finnish government has announced a smooth lifting of the restrictions
Why it is profitable to invest into real estate during a pandemic and how to make a deal remotely. The expert explains
Coronavirus and Its Impact on Overseas Real Estate: the Russian Showbiz Stars Suffer Serious Losses
Realting uses cookies on Realting.com to analyse usage of the website and to enable content sharing on social media. Cookies may be placed by third parties. By closing this message and continuing to use the site you consent to Learn more
Yes, I agree