All countries
Realting.com
Publications
Americans are in a hurry to buy a house in Europe: what is the reason for this activity and how do Europeans react to it?
Share using: 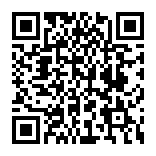 Americans are in a hurry to buy a house in Europe: what is the reason for this activity and how do Europeans react to it?

While the euro is falling, Americans are rushing to Europe in search of real estate. For examples and reasons, read on.

U.S. citizens are increasingly interested in buying a vacation home in Europe — especially in recent months. Here are a few examples: during the first half of 2022, demand for French real estate from Americans increased by 37% compared to the same period in 2021. In the period from April to June, the number of Americans wishing to move to Greece was 40% more than a year earlier. Such data is given by Sotheby’s International Realty. Also among the regions that are popular among Americans are Paris, Venice, Tuscany, Sardinia and Mallorca.

The main reason is the drop in the value of the euro. Buying real estate in the Eurozone now, a U.S. buyer saves 16% (compared to 2021) — all because of the shift in the exchange rate.

The second important factor is that Americans managed to accumulate a decent amount of savings during the pandemic. The stimulus payments during the lockdown and lower spending contributed to this. That is why not only the wealthy can now afford a house in Europe, but also most American families.

It should also be remembered that European housing prices are not rising as fast as in most states. While prices in Paris and London rose less than 5% over the year, in states like Miami and San Diego the price tag soared nearly 30%.

As for the reaction of Europeans to such a rush for real estate in their countries — they are not too happy about it. The influx of new buyers means an inevitable rise in housing prices, and Europeans themselves are not pleased about it.

Join our Facebook group
Read also
«Register all flatmates in two weeks.» Dubai has introduced a rule that applies to all without exception
«Going into investments is not enough — you have to realize how you can get out of them.» What is crowdinvesting, and how is it changing the real estate market?
Housing prices in Portugal are off the charts. What is the reason for this and how to fix it?
Mortgage in Poland, Germany and Spain. All details on how a foreigner can buy a housing by credit
Minimalism in its purest form. A stylish penthouse for sale in Germany for €950,000
Who got lucky in the green card lottery? The results are already known
Two apartments in the resort and a house in the village: we found budget housing options in Bulgaria
Realting.com uses cookies to improve your interaction with the website. Learn more
Yes, I agree