No deal: the merger of two housing companies in Germany has, after all, been canceled 2021

All countries
Realting.com
Publications
No deal: the merger of two housing companies in Germany has, after all, been canceled
Share using: 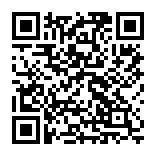 No deal: the merger of two housing companies in Germany has, after all, been canceled

When German media reported in late spring that the well-known real estate giant Vonovia was about to merge with another major company, Deutsche Wohnen, many apartment tenants felt a surge of hope. The fact is that the management of Vonovia announced that it was going to freeze the growth of rent after the merger.

The supergiant that was to arise would have owned no less than half a billion apartments, not only in Germany, but also in neighboring Austria, as well as in Sweden. And whereas the Swedish context was of little interest to the inhabitants of Germany, the upcoming changes in the rental housing market aroused considerable enthusiasm, as the continuous increase in rents has turned into a national problem. It is most pronounced in the capital, where they even planned to hold a referendum on the nationalization of housing.

The emergence of the largest colossus on the market could radically change the existing alignment: the new giant company would put an end to the chaotic rise in prices and establish a fixed fee. Moreover, it planned to sell 20 thousand apartments to the Berlin authorities, and build another 13 thousand. But these plans were not meant to be.

The € 18 billion deal fell through for two reasons. First, investors in Deutsche Wohnen refused to vote for the merger: instead of the required 50%, only 47.62% were in favor of it. By the way, their behavior is nothing new: something similar already happened in 2016. Secondly, the resistance of hedge funds, which recently acquired a large number of Deutsche Wohnen shares and were not eager to sell them without extracting a significant profit from them, played its role.

Nevertheless, Vonovia is not going to give up. The company’s management strategy is to buy a substantial percentage of Deutsche Wohnen’s shares. At the moment, Vonovia already owns 30% of their competitor, so a new merger attempt, which is so eagerly awaited by millions of tenants, may not be far off.

Subscribe to our Telegram channel
Read also
If Carlson had the money for it, he would live in this apartment. A beautiful penthouse for sale in Germany
In Germany, citizens from non-EU countries will be able to obtain dual citizenship
Why German citizens have begun to rent housing more often than they buy
«We brought all our case-based residence permits to a successful issue.» The expert from Kaiser Estate real estate agency talks about moving to Germany
The Multimillionaire Configurator at the VIIth session of Investors Congress 2020 will be held on October 26-28, 2020 in the building of the Munich City Hall
Investment, power, politics and accuracy in creation of business communication is the perfect formula for getting profit
Everything you need to know about obtaining a residence permit, a permanent residence and citizenship in Germany
The 6th International Congress of Real Estate and Investment 2020 ended in Berlin
Realting uses cookies on Realting.com to analyse usage of the website and to enable content sharing on social media. Cookies may be placed by third parties. By closing this message and continuing to use the site you consent to Learn more
Yes, I agree